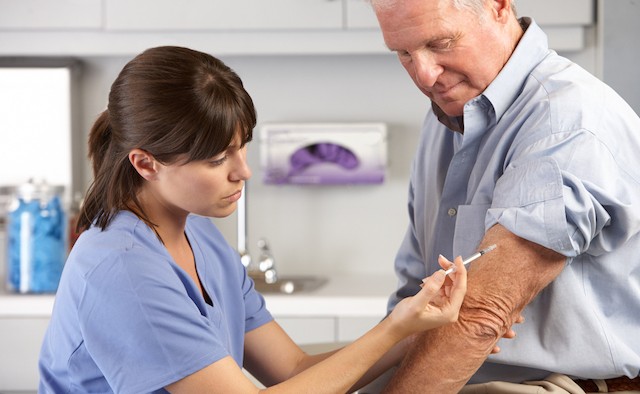 A drug commonly used to treat diabetes may have disease-modifying potential to treat Parkinson’s disease, a new study carried out by University College London (UCL) suggests, paving the way for further research to define its efficacy and safety.

The study followed 60 people with Parkinson’s for 48 weeks as they used either a once-weekly injection of the medication – called exenatide – or a placebo, in addition to their regular Parkinson’s medications.

They found that people who used exenatide had better motor function at 48 weeks when they came off the treatment. In contrast, those who had injected the placebo showed a decline in their motor function scores after the 48 weeks.

The 132-point scale of measures included tremors, agility and speech. The patients taking exenatide gained an advantage of four points. The difference between the two groups was still apparent when they were re-assessed 12 weeks after treatment stopped.

The drug helps control blood sugar levels in diabetes by acting on a hormone sensor called GLP-1. These sensors are also found in brain cells and it is thought that exenatide makes those cells work more efficiently or helps them to survive.

Professor Tom Foltynie told the BBC News website: “There’s absolutely no doubt the most important unmet need in Parkinson’s is a drug to slow down disease progression.

“This is the first clinical trial in actual patients with Parkinson’s where there has been anything like this size of effect. It gives us confidence exenatide is not just masking symptoms, it’s doing something to the underlying disease.”

The study was funded by the Michael J Fox Foundation and was conducted at UCL in collaboration with The Cure Parkinson’s Trust, and researchers from the National Institute on Aging.

David Dexter, the deputy director of research at Parkinson’s UK, said: “The findings offer hope that drugs like exenatide can slow the course of Parkinson’s –  something no current treatment can do.

“Because Parkinson’s can progress quite gradually, this study was probably too small and short to tell us whether exenatide can halt the progression of the condition, but it’s certainly encouraging and warrants further investigation.”

Although these results are positive, they haven’t provided sufficient evidence for diabetes drug exenatide to become an approved new treatment for Parkinson’s at this stage.

Mark Mardell on his Parkinson’s disease diagnosis: “I do expect it to get worse”

The former BBC editor has spoken up about the condition