All the speakers had compelling and inspirational stories and suggestions, but it was their positive attitude that stood out for me. 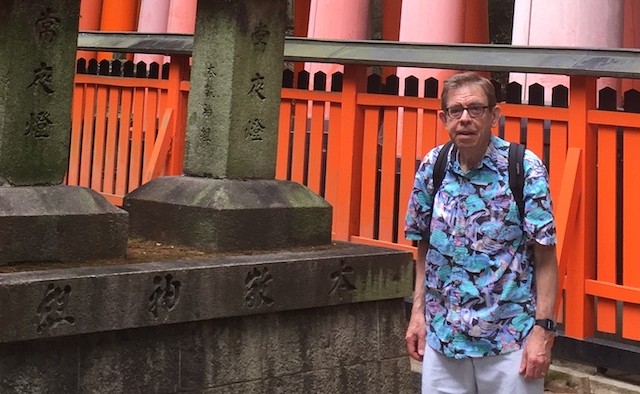 In the third in our series on this year’s World Parkinson Congress (WPC), UK blogger Brian Lowe shares his diary from the event in Kyoto, Japan. From the excitement of watching Japanese taiko drummers, to the struggle of eating his packed lunch with chopsticks, Brian sheds light on the four-day conference that brought the international Parkinson’s community together

Today I kicked off my big adventure in Japan by navigating a 25 minute journey from Kyoto Station to the conference centre.

My wife and I decided to skip the pre-congress courses since they were either very technical or aimed at newly diagnosed people. We instead chose to take a look at some of the exhibits and posters on show and meet up with new and old friends. Later in the day we made our way to the opening ceremony and welcome reception, which featured entertainment from the WPC choir and traditional Japanese taiko drummers.

For me, a highlight of the conference is meeting new friends. While travelling on the subway today we noticed a Japanese man sitting across from us wearing the WPC conference badge. We quickly introduced ourselves and exchanged business cards. On the back of his were his life goals and highlights – they were really touching.

One advantage of attending with my wife (and carer) is that we can split up and each attend a different presentation, and then compare notes later. It’s easy to be overwhelmed by all the choices of lectures, presentations, exhibits and posters, so we were very careful to pick high value activities – it’s the quality not quantity!

I chose a session on the microbiome and diet. One presenter talked about emerging evidence that showed people with their appendix removed had less chance of developing Parkinson’s, though he said more research is needed.

My favourite presenter of the day was Dr Laurie K Mischley. I found her recommendations for what to eat – mainly a Mediterranean diet with lots of fruits and vegetables – really helpful.

In contrast, we were provided with a packed lunch each day, to be eaten with chopsticks. Not an easy task for a person with Parkinson’s! I had to remember to always carry my spork. 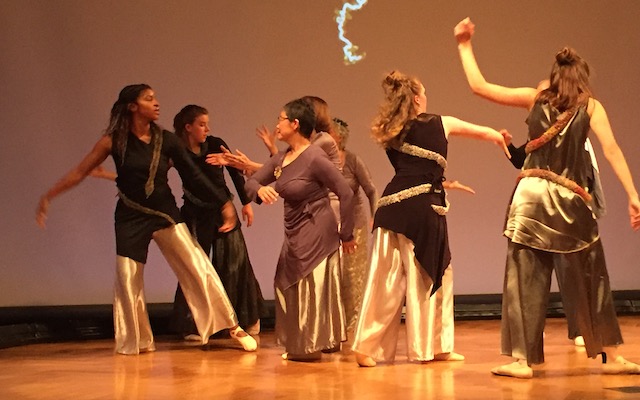 Dancers perform at a music and movement night at WPC 2019.

A very interesting day and night!

I started a little later than usual with a brief tour of some of the poster presentations. These are displayed around the exhibit hall areas and cover a variety of topics ranging from the woman from Scotland who can smell Parkinson’s, to music therapy and more.

The lunchtime session I attended was one on living well with Parkinson’s. The presenters included Omotola Thomas, Yoshiko Okada (who has had Parkinson’s for more than 40 years!), Emma Lawton and Ben Stecher. All the speakers had compelling and inspirational stories and suggestions, but it was their positive attitude that stood out for me. Ben shared a particularly helpful quote on how to cope: “all we have to decide is what to do with the time that is given us”. That is from ‘The Fellowship of the Ring’ by J.R.R. Tolkien.

I then moved to the Grand Palace hotel to prepare for the evening entertainment session which I was to co-host with Gaynor Edwards from the UK Spotlight YOPD charity. The event included several dance performances and singing acts, mostly performed by people with Parkinson’s. My role was to introduce the acts and provide some lively banter in between. A good time was had by all!

How quickly a week goes by when you’re having fun! I can’t believe it’s nearly over. The hot topic of today was the session on voice and respiration. Issues with the voice are very common amongst people with Parkinson’s, and already I notice my voice getting softer. I’m also starting to experience some swallowing issues. I learnt about training programs like LSVT (Lee Silverman Voice Treatment) but my key takeaway was that one must practice daily for them to actually be effective and sustainable.

The other well attended – and very relevant session for me – was the one about depression, anxiety and stress. These are all symptoms that I have experienced from time to time. Solutions include medication and cognitive behavioural therapy, along with mindfulness practices.

At the wrap-up conference it was announced that WPC 2022 is going to be held in Barcelona, Spain. What a week. There’s been so much to absorb and process, and I’ve come away with lots of new social media friends who I hope to see in Barcelona. 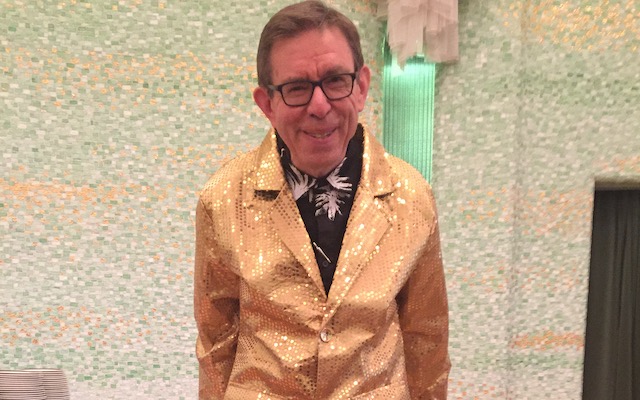 Brian attended the music and movement night at the conference.

All the speakers had compelling and inspirational stories and suggestions, but it was their positive attitude that stood out for me.