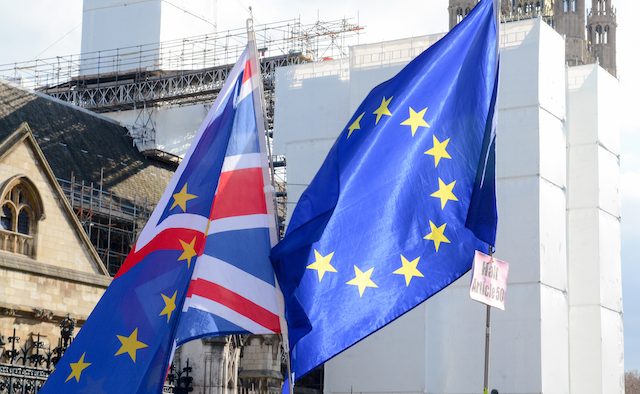 The UK is due to formally leave the European Union this week. In the second in our series where we ask experts about the biggest issues facing Parkinson’s community, Dr Kieran Breen of the European Medicines Agency Committee for Advanced Therapies gives his views on the likely impact of Brexit – from the availability of Parkinson’s medication to international research collaboration

First of all, could you explain to our readers how Brexit might affect people with Parkinson’s? Will there be an impact on the supply of medications?

It’s very difficult to look into the future, but yes, the availability of the therapies and drugs for people with Parkinson’s may be impacted. We don’t know how things are going to develop in the transition period over the next 11 months, but it could be that when drugs are coming through customs they are delayed at the point of entry to the country.

I would imagine that because pharmaceuticals are so important to the lives of people in the UK with Parkinson’s and every other condition, that the manufacturing standards are going to stay the same here as with the rest of Europe.

What might happen to Parkinson’s drugs manufacturing in the UK?

At the moment, within Europe, the quality of drug manufacture is the same throughout the 28 countries. The manufacturing is usually assessed at a local level, so in the UK that would be the Medicines and Healthcare products Regulatory Agency (MHRA), which is responsible for drug regulation.

If the MHRA assess and approve a drug at a manufacturing site, it can go anywhere to 28 countries. However, come Brexit, what will happen is that will no longer be the case. Any drugs manufactured in the UK cannot automatically be sent to the 27 countries and vice versa.

Theoretically what would happen in the case of a hard Brexit is somebody from the UK will have to go to wherever the drug is manufactured and assess the quality of the manufacturing process. It’s unlikely that this will happen, but it’s a possibility.

Once the UK is no longer in the EU, it will be less likely that drug trials will be carried out in the UK, because the agreed standards may be different. Also, if companies want to license a new drug, will they submit the marketing authorisation application to the European Medicines Agency (EMA), which is around 600 million people, or submit it to the UK, which is 60 million people? Well, it’s a no brainer that companies are more likely to submit to the EMA.

EU funding supports a substantial amount of medical research in the UK. What effect do you think that Brexit will have for the future of Parkinson’s research and innovation in the UK?

There are two sources of funding in the UK for Parkinson’s research – charity funding and government funding. With government funding you can never tell what’s going to come up by the next budget, but UK charities will continue to fund research. I don’t think Brexit will have a significant impact on that.

The main area where there is going to be a problem is European research funding. The European Commission funds billions into research; I don’t know off-hand how much of that goes to Parkinson’s.

Once Brexit happens, UK researchers will no longer have access to EU funding, so it will choke off the finance but it will also provide a barrier to international interaction. Interacting with other people and exchanging ideas is a really important part of research. International collaboration facilitates the development of new therapies, treatments, diagnostic models and really increases the understanding of Parkinson’s.

What’s your advice for people in Parkinson’s community wondering how best to prepare for these changes?

Patients and healthcare professionals need to work with organisations to make sure that the agenda is moved forward – and make sure that MPs are aware of the implications of Brexit from a patient’s perspective. It’s really important that the topic of drug availability remains on the agenda.

Need to know: Dr Kieran Breen is a UK-based pharmacologist. He worked at Parkinson’s UK for nine years as Director of Research & Innovation. He was nominated by Parkinson’s Europe to join the European Medicines Agency Committee for Advanced Therapies in 2013 – a group which deals with the next generation of therapies.

At a glance: Parkinson’s and Brexit

Swap rice for superfood quinoa in this wild mushroom risotto