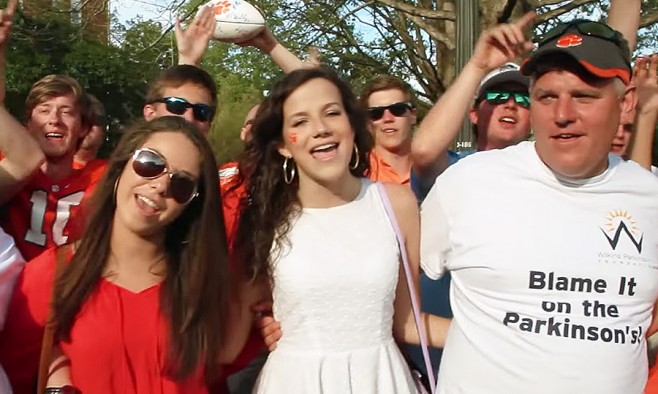 Musician with Parkinson’s takes to the mic to spread awareness

Mitch Faile is a name you probably haven’t heard of before. But, could he be the next big popstar of Parkinson’s?

Mitch is beginning to make a bit of a name for himself on Youtube, thanks to his hilariously humorous song, ‘Blame it on Parkinson’s’.

The light-hearted video provides its share of laugh-out-loud moments, as well as sending out an important message about the everyday difficulties of living with the disease that others take for granted: getting out bed, tying up laces, shaving.

Watch the video for yourself below:

“As I recorded the song, it became my coping mechanism; a personal anthem which invoked a laugh or smile with family and friends as we dealt with symptoms at home,” Mitch added.

“When I would bounce off a wall, break a glass, drop food on the floor, forget to do something or just slip off and take a nap, everyone would jokingly shake their head and say, ‘Blame it on Parkinson’s!’”