Parkinson’s Progression Markers Initiative study is the best-run clinical trial I have been a part of, due to its the patient-centred approach 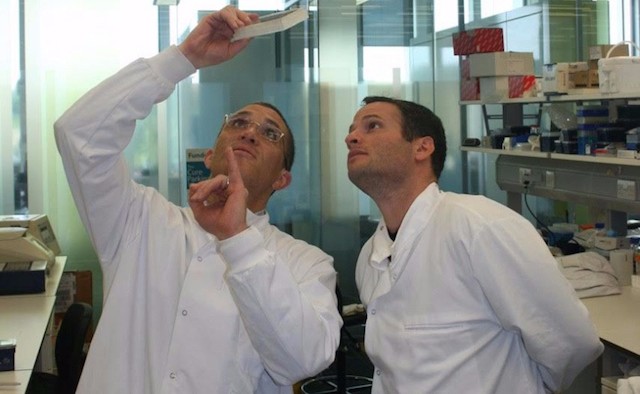 After his initial despair at being diagnosed with young-onset Parkinson’s, Ben Stecher sought to understand his condition by speaking to experts around the world – and taking part in a clinical trial. He tells us how his emotional – and inspiring – research trips to the US, Canada, the UK and Israel helped him navigate what he calls “the fine line between hope and hype”

I was diagnosed with Parkinson’s disease in 2013 at the age of 29 years old. Like all that hear such news, I have felt the fear, anxiety and despair that goes along with it. But I realised at some point that much of that stemmed from not understanding what was going on, why my feet and hands were shaking and why I could not move with ease. Over time, much of that negativity subsided as I learned about the disease, how to treat it, how to live with it, and what future therapies might be in store for me. This knowledge also kindled an almost childlike curiosity to see what else was going on in Parkinson’s world and over the last year I have allowed that curiosity to be a driving force in my life

I lived in Shanghai for the first couple of years after my diagnosis and was lucky enough to find Dr Hung Zuo Xing at the WA Optimum Health Care clinic in Shanghai, China, who introduced me to functional medicine and hammered home the importance of looking at this disease as not just the result of dysfunction in the brain but as the result of a complex interaction of environmental, nutritional and hormonal factors.

In 2016, I embarked on the first leg of my journey and headed to the USA.

At the invitation of Sherrie Gould­ – a Parkinson’s a nurse practitioner and co-founder of research organisation ‘Summit For Stem Cell: Victory Over Parkinson’s’ – who I had never met, I went down to San Diego to learn about the latest stem cell therapies being developed for Parkinson’s disease. While there, I met Dr Jeanne Loring, the head of the lab, and Dr Andres Bratt-Leal, the lead scientist. It was in San Diego where I got my first real sense of the immense progress science has made lately towards one day putting an end to neurodegeneration.

“For all the complexity surrounding Parkinson’s disease, it is a relatively easy disease to define as it is primarily the death of dopamine producing neurons”

The team there introduced me to the medical marvel that is IPS cells, and the idea that one day stem cells will be used to restore dopamine producing neurons to patients. Too often there is a disconnect between researchers, physicians and patients, no centre I have visited does a better job of integrating all three and that is due in large part to the work of Sherrie, Jeanne and Andres.

I saw Dr Steven Finkbeiner speak at the World Parkinson’s Congress in September 2016 and I was captivated by the work he’s doing with Dr Gaia Skibinski and Dr Julia Kaye at the Gladstone Institutes, California, US, figuring out better disease models, and by his application of machine learning to our understanding of disease. The biggest limitation we have when studying the brain is that it’s not so easy to crack open people’s heads and see what is going on inside. We use models like rodent brains, or neurons in petri dishes to test new therapies on but they just aren’t able to mimic the incredible complexity of the human brain.

For all the complexity surrounding Parkinson’s disease, it is a relatively easy disease to define as it is primarily the death of dopamine producing neurons, so, it makes sense to develop therapies to try and replace these neurons. There are currently five labs around the world working on stem cell therapies. Dr Lorenz Studer at the Rockefeller University, New York, US leads the lab that is closest to running human trials. It can be hard for researchers and patients alike to walk the fine line between hope and hype with any promising new therapy – this is especially true with these new stem cell therapies.

There are a number of other labs also working to ensure the safe and effective transplant of the cells. Dr Tilo Kunath at the MRC Centre for Regenerative Medicine at the University of Edinburgh, Scotland is working diligently on just that. Stem cells have a lot of potential to be the next big breakthrough therapy in Parkinson’s but without groups like his testing and refining the techniques being applied we may fall short of our goal. I am also thankful for his openness and willingness to work with other researchers – I wish more scientists shared his enthusiasm for collaboration. 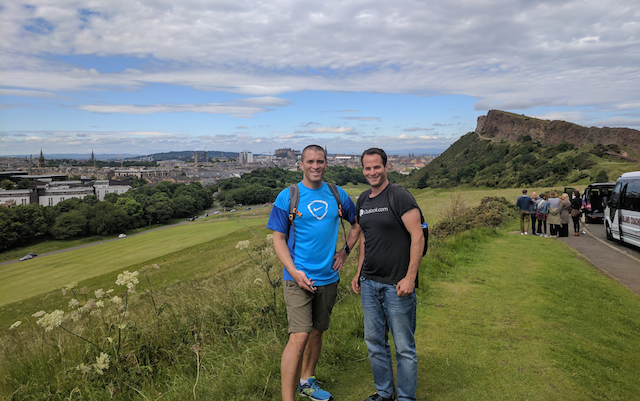 Earlier this year, in Vancouver I met a team of researchers at the University of British Columbia that left an indelible impression on me, starting with Dr Katie Dinelle who took the time to take me through the inner working of fMRI and SPECT scans and elucidated the hope surrounding a new line of such machines coming out soon that will blend these techniques together, and give us new tools to peer into the inner-workings of the brain.

“I’m also very hopeful that the mountains of data they are collecting on the patients involved in the study, will reveal something soon about the biomarkers involved in Parkinson’s”

Through Parkinson’s Progression Markers Initiative (PPMI) study – run by the Michael J Fox Foundation – I was placed under the care of Debra Smejdir and Dr David Russell in New Haven, Connecticut, US. The study is the best-run clinical trial I have been a part of due to it’s the patient-centred approach. I’m also very hopeful that the mountains of data they are collecting on the patients involved in the study will reveal something soon about the biomarkers involved in Parkinson’s.

Back to my homeland, Israel

At the Ichilov Hospital in Tel Aviv, Israel this year I met Dr Tanya Gurevich, the director of the country’s largest Parkinson’s disease programme, and Dr Avner Thaler, a spirited young researcher playing a leading role in some of what is going on there. Ichilov is also a centre for a number of clinical trials, most promising among which are those for genetic cohorts of the disease such as LRRK2 and GBA carriers. For those ‘lucky’ enough to have one of these mutations there is good news as the first batch of clinical trials targeting those genetic variations are set to begin soon.

This article is an edited version of posts that originally appeared on ‘Tomorrow Edition’ and is re-published with the permission of Ben Stecher. Read more of his blog here

Parkinson’s Progression Markers Initiative study is the best-run clinical trial I have been a part of, due to its the patient-centred approach