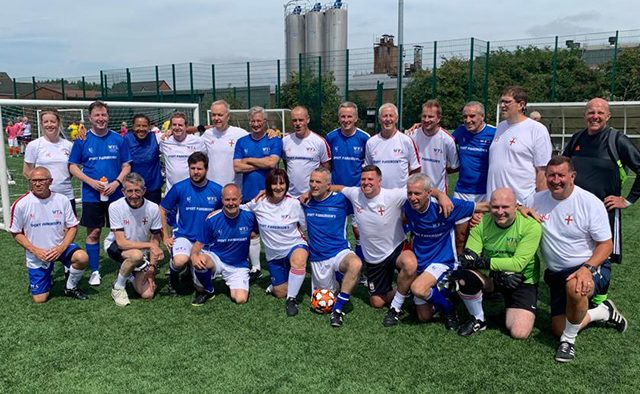 Stuart Carrington, football inclusion officer from Liverpool, UK, tells us why he got involved in England’s first Parkinson’s walking football team and how it has created “a family atmosphere” for those living with the condition

Please tell us a bit about yourself and your involvement in Parkinson’s community.

I live with my wife and son in Liverpool, UK, and work as the Liverpool County Football Association’s football inclusion officer. I have been involved in football for as long as I can remember, from playing in the street with my friends to participating in youth teams and playing overseas in Belgium.

My role in Parkinson’s community began when I was contacted by John Roche, who lives with the condition and is the co-founder of Parkinson’s community group, Northern Lights. He invited me to one of his newly created walking football sessions, where I also met his football coach and close friend, Keith Johnson.

We all struck up an immediate bond, not only just in our passion for the sport but for the journey that we wanted to create for people living with Parkinson’s.

Please tell us how England’s walking football team for people with Parkinson’s (PwPs) was formed.

This was the brainchild of Northern Lights co-founder John Roche, the Walking Football Association (WFA) physiotherapist Paul Nicholls and Stuart Langworthy – the WFA’s team manager for over-60s walking football. They decided that people living with the condition should have the right to represent their country and participate in walking football.

The motivation was simple: PwPs can achieve anything they want – and nothing will stop them. Once we put the idea out to Parkinson’s community, the response was tremendous. We knew then that this was going to be a successful programme.

We had over 45 participants from across the country travel to Birmingham, UK, this year to participate in tryouts. We split players into different teams for trial matches while the other coaches and I started the selection process. The programme’s highlight was everyone staying in the hotel the night before and getting to know each other. 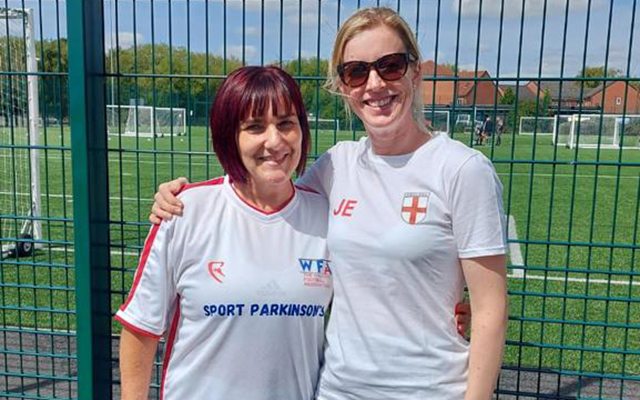 Stuart says the response from Parkinson’s community was “tremendous”.

What can walking football offer PwPs?

It’s an excellent way of staying fit and healthy, with studies showing that it can effectively treat mild-to-moderate hypertension.

Yet, the biggest thing I believe the sport can offer PwPs is camaraderie. Everybody needs escapism, and I believe that walking football is it. It can promote a true sense of belonging and a family atmosphere, which really makes a difference in people’s lives.

As I’ve gotten to know the people on the team, I feel that a unique bond has grown between us, which will continue for as long as I live. Every single one deals with challenges daily, but they all do it with such dignity – and they have a smile on their face every time we meet up.

What are your hopes for the future of the team?

This is the beginning of a new journey, so we’re constantly looking for new players. In an ideal world, we’d love to get a sponsor, so we could travel the world and set up friendly matches against other countries while building strong relationships with Parkinson’s community. On a personal level, I would love to be involved in setting up a Parkinson’s World Cup with teams from across the globe. 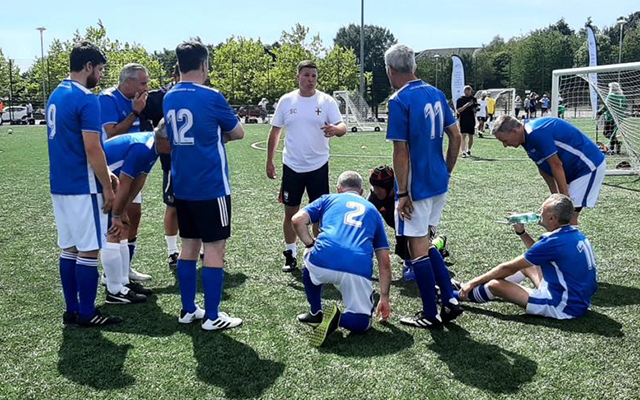 The team has helped foster “a true sense of belonging and a family atmosphere” among its members, says Stuart.

What would you say to someone with Parkinson’s looking to get involved in walking football?

If anyone would like to get in touch, either to be guided to their nearest walking football session or to bring a team over to play a match with us, they can contact me through my email: stuart.carrington@liverpoolfa.com.

Not only can the activity help you physically and mentally, but you’ll also be able to share your experiences, meet new friends and maybe even score a goal or two along the way.