We believe that these initiatives are important, since they help us to raise awareness about neurological conditions and eliminate the stigma that exists around them 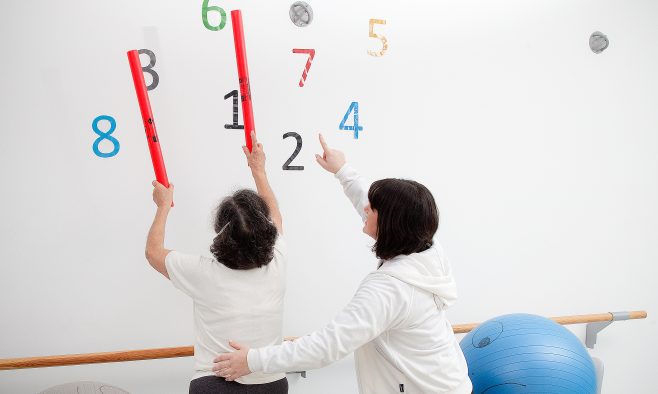 The European Federation of Neurological Associations’s 2020 #BrainLifeGoals grants aim to improve access to treatment and support for people with neurological conditions and their carers. Two projects which hope to increase education and awareness of Parkinson’s have won the €3,000 award. Find out what they want to achieve – and why

Two projects aiming to improve the lives of people with Parkinson’s have been awarded #BrainLifeGoals grants by The European Federation of Neurological Associations (EFNA).

As part of a campaign to raise awareness of neurological conditions and the experiences of those affected by them, 10 EFNA grants of €3,000 were given to projects addressing the theme: “ensuring equitable access to treatment, services and support for neurology patients and their carers”.

The 26 applications from projects across Europe included those of Parkinson’s Europe and Federación Española de Parkinson, both of whom are recipients of the grant.

“Improving dual task performance through dual task training is an emerging area of interest. It is rapidly growing in popularity with a strong social media presence and evidence of a wide global implementation. But given the limited evidence, how effective is this training?” says Josefa Domingos, physiotherapist and Parkinson’s Europe board member. “Our project will consist of an education and awareness video initiative for healthcare professionals to gain practical knowledge on the evidence, benefits, risks, and safety implications of cognitive-motor exercise programs for people living with Parkinson’s.”

Commenting on how the grant will impact the project, she adds: “Given it’s a relatively new area of practise in Parkinson’s community, it was great to have the idea validated by the judging panel of the EFNA. We believe it’s an unmet educational need and by winning we are surer we are following the right direction. Additionally, it will make it easier to get future support for actions needed in this area to reduce the gap between the evidence, expertise, dissemination and implementation of better practises across Europe.”

The Federación Española de Parkinson (FEP) ‘training programme for engagement in research for people living with Parkinson’s’ aims to help people with the condition participate in scientific research.

Leopoldo Cabrera, president of the FEP, explains: “We will elaborate factsheets about types of research studies, develop an online training module on how to participate in research through our online training platform ‘Aula Parkinson’, and finally, organise a workshop on best practice in patient engagement in research, together with Parkinson’s community, researchers, social actors and representatives of the industry.”

Cabrera says that the team is grateful to have been awarded the grant – and hopes that the project will help improve access to information on research.

“Neurological conditions and neurodegenerative disorders, like Parkinson’s, are usually not very well known by society, and FEP believes it is important to raise awareness about the needs and difficulties that people living with them encounter in their daily life. We believe that these initiatives are important, since they help us to raise awareness about neurological conditions and eliminate the stigma that exists around them.”

Leopoldo Cabrera is president of the Federación Española de Parkinson

Find out more about the EFNA’s #BrainLifeGoals campaign.

We believe that these initiatives are important, since they help us to raise awareness about neurological conditions and eliminate the stigma that exists around them

The choir improving Parkinson’s symptoms one note at a time