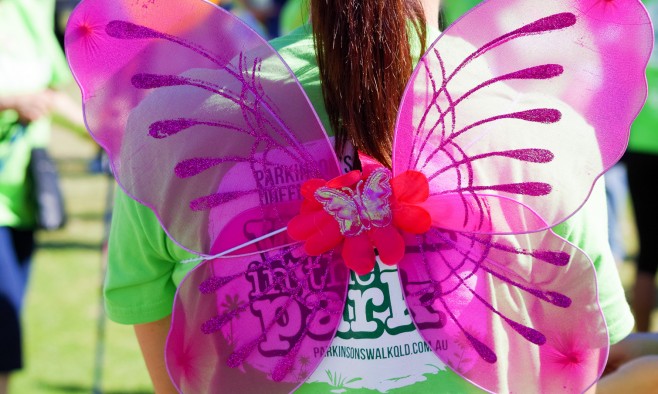 Thousands of people with Parkinson’s and their friends and families are coming together in Brisbane, Queensland, for the ‘A Walk in the Park’ event in support of Parkinson’s Australia

Campaigners in Australia are gearing up for one of their biggest Parkinson’s events of the year as part of a drive to raise more than AUS$150,000.

‘A Walk in the Park’ in Brisbane, Queensland, is one of several regional fundraisers taking place across the country in August and September.

Thousands of supporters including many people with Parkinson’s and their families are set to take part, completing a 2km or 4km walk along Brisbane’s picturesque river on 13 September 2015.

Parkinson’s Queensland CEO, Helen Crew, said: “This year’s theme for National Parkinson’s month is Get Moving. A Walk in the Park is not about your fitness level or ability – it’s about the importance of staying active and supporting people living with Parkinson’s in Queensland.

“What better way to Get Moving than by spending a fun day in New Farm Park, with a stroll along the beautiful Brisbane River. There will be live music, fun activities for the kids, along with food stall and sponsor marquees. It’s a great way to catch up with family and friends and even meet some new people.”

To find out more about ‘A Walk in the Park’ or create a fundraising page, visit the website

A report suggests that drooling may be having an overlooked impact