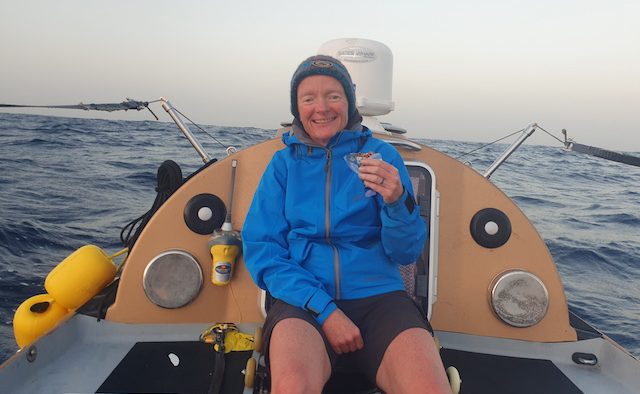 Back in December 2019, we spoke to Liz Dennett, a former air hostess from Liverpool, UK, as she prepared to kick off the new year by rowing 3,200 miles across the Atlantic Ocean while living with Parkinson’s.

Now, nearly seven months on, we find out how the challenge went, why she had to turn back after 1,000 miles – and what she learned about life while out at sea with her crew of three

“It was singularly the worst experience of my life – but I can take things from it now.”

Liz Dennett, who was diagnosed with Parkinson’s in 2014 aged 43, reflects on her formidable attempt to row 3,200 miles across the Atlantic in January this year.

She’s the most recent person with Parkinson’s to take on an ocean to raise awareness of the condition, following Robin Buttery, who rowed the Indian Ocean in 2018

Liz told Parkinson’s Life all about her life-changing fitness regime prior to the row – cutting out carbs completely and upping her exercise. But what she didn’t expect during months of intense training, was that a horrendous and never-ending bout of seasickness would bar her passage from Lanzarote to Antigua.

“About an hour and a half in, I suddenly realised I didn’t feel too well. When I was about to get on the oars for my first two-hour shift, I was the first to be sick – and it just kept going and going and going. The first few days went by in an utter blur.”

“Everything was slower and stiffer”

Due to the constant sickness, Liz was unable to keep any food down – nor, vitally, her Parkinson’s medication.

“I was trying to get my tablets in every four hours, and just put them under my tongue so that they would dissolve before I got sick again. But I just carried on being sick, constantly.”

Liz was losing weight at a desperate rate and noticing her Parkinson’s more than ever. While she had been training, she explains how there were days she forgot she even had the condition – but when out at sea “everything became hard work. Everything was slower and stiffer”.

Throughout all of this, Liz carried on rowing – it was during her shifts that her seasickness finally abated.

“I would never have given up the rowing, that never crossed my mind. I just thought, I’ve done two weeks and it takes six more weeks. I’ll be fine. I’ll get there.

“Looking back, I’m not sure what state I would have got to Antigua in. If you were on dry land and went seven days without keeping down food or drink, you’d probably end up on a drip,” she continues. “Once I’ve made a decision, I’m too pig-headed to give up,” she laughs. 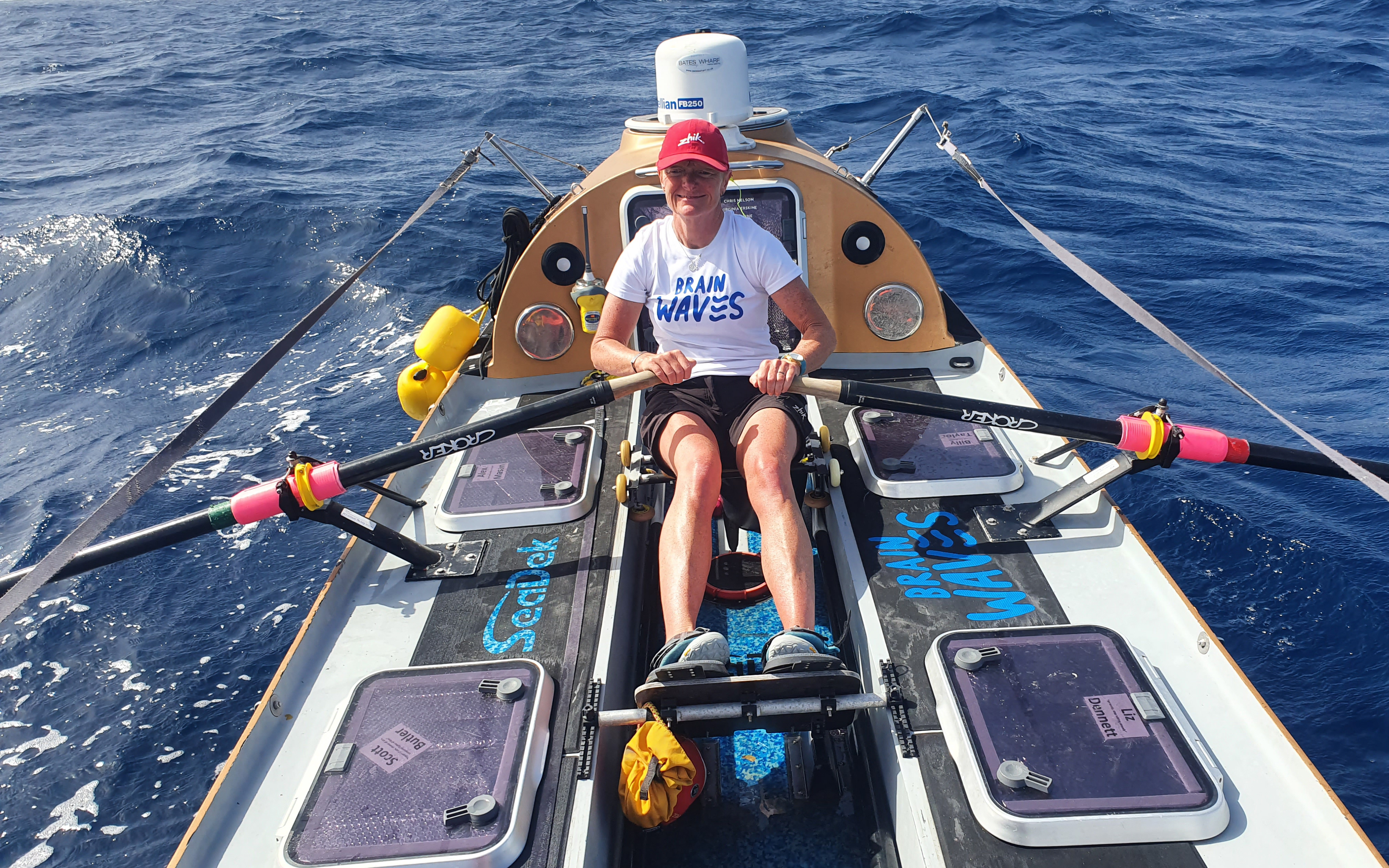 Liz persevered for two long weeks, completing a phenomenal 1,000 miles, before the rudder broke and the crew had to stop and call for rescue.

Dropping the anchor and waiting for 36 hours was tough, but eventually a fishing boat answered their call for help and came to their aid.

“I had never been so pleased in my life,” Liz admits, before adding, somewhat bemusedly, that the moment she stepped on the rescue boat (headed for Cape Verde, Portugal) the seasickness stopped. “It was just typical,” she says.

Once on dry land, Liz was faced with the choice of trying to complete the challenge under extremely difficult circumstances – or returning home.

“There wasn’t 1% of me that thought ‘maybe I could do it’. I just felt so desperately ill, all I wanted to do was go home.”

Dealing with adversity is a life lesson

The crew carried on, and eventually made it to Antigua on 5 March, while Liz returned home. Rather than being disappointed that, for her, the challenge had to be cut short, Liz maintains her characteristically positive outlook: “It’s not always about getting what you want – it’s about dealing with not getting what you want, and I think that’s an important lesson.

“A lot of kids these days want to go here, want to go there, want this and that – and then they get it. In life generally, we’re always able to get what we want. We’re not used to dealing with adversity.” She’s since been sharing her story – including her experience of Parkinson’s – at local schools and plans to do more motivational talks in the future.

Since being in lockdown, Liz has been using the time to build up her strength again and reflect on what she’s learned.

“I don’t resent doing the row at all. It’s a cliché but it literally changed my life. It has changed my outlook on life and I’ve learned lots about myself. I’ve realised that it’s not about setting and getting your goals, it really is about the overall journey,” she says.

Asked if she has any post-lockdown adventures planned, she is firm about staying put at home, on dry land, for a good while longer.

“Daily life is a challenge, and for now, that’s what I want to concentrate on. Just getting up every day and being as fit and healthy as I can.” 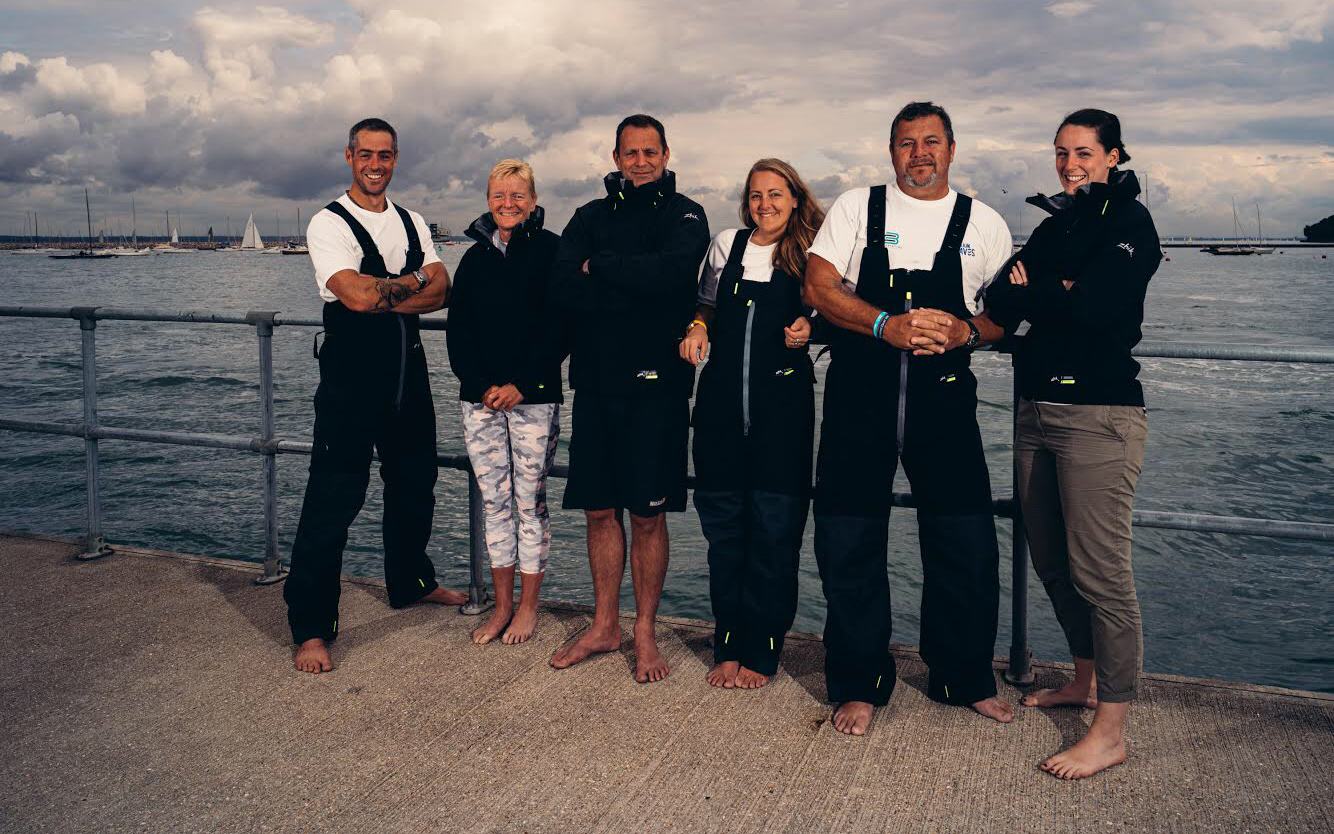 Liz Dennett (second from left) with her crew

Liz Dennett has so far raised over £5,000 for Parkinson’s and plans to donate it to the European Parkinson’s Disease Association. She also partnered with Oxford Brookes University, UK, providing them with data recorded before and after the row that will contribute to vital research into the impact of exercise on Parkinson’s.