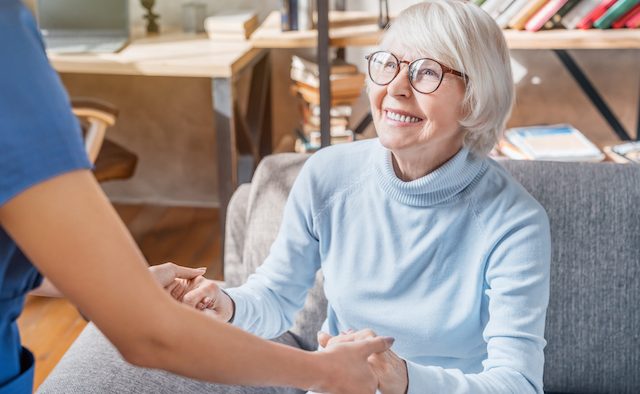 How soon could scientists find a cure for Parkinson’s disease and what could it look like? Sohini Chowdhury, deputy CEO at the Michael J Fox Foundation, tells us about some of the most exciting areas of research – and why it’s crucial to look at individual experiences of the condition

How close do you think the scientific community is to finding a cure for Parkinson’s disease?

Whenever I say the word ‘cure’, I kind of put it in quotes. I think it’s important to remember that a cure can mean different things to different people. If you’re able to improve the symptom management of the disease to an extent where having the disease has very little impact on your day to day life, that could be considered a cure. If you’re able to slow or halt the disease progression so that the moment you get diagnosed, it never progresses beyond that point but you’re still taking a pill every day for the rest of your life, that could be a cure.

I think the fact that this is now accepted in the research community is a good thing for patients. It’s not a one size fit all approach. We have finally understood that we need lots of different cures to fit the different patient experiences under the name ‘Parkinson’s disease’.

In terms of how close we are – is it tomorrow? Absolutely not. But there’s so many resources, money, scientific knowledge and brainpower across the world being put forth into this. It makes us hope that we’re not talking 50 years out – we’re talking about advances that could really make a substantial impact on a person’s day to day experience of the disease being a few years out. We’re very hopeful that is indeed the case.

What are scientists aiming to achieve in the near future through research?

This is an unbelievably robust time for Parkinson’s research in that drug development and the therapeutic development pipeline is incredibly varied. I think that’s what’s really exciting.

At the Michael J Fox Foundation, we always say that the more shots on goal that you have, the greater the likelihood that something is going to get into that goal. What’s particularly interesting now is that all of those shots on goal are not the same approach and they’re not the same type of therapy.

The experience patients have with the disease is so variable. So the fact that we have all of these different approaches to trying to develop therapies gives a greater likelihood that we are going to come up with interventions to tackle these different parts of patient experiences. It’s incredibly exciting to see not just researchers, but the biopharma sector and the investor community put resources into exploring all of these different approaches. It’s not like everybody has their eggs in one basket ­– we’re seeing a lot of different baskets, and that’s potentially really beneficial for the patient community. 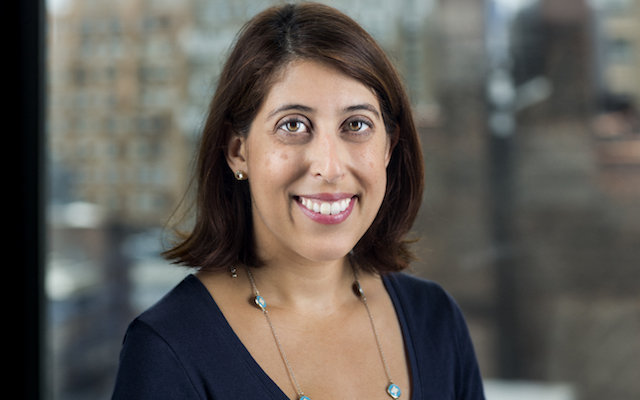 What area of Parkinson’s research are you are excited to find out more about?

Particularly in this COVID world that we’re living in, one of the things that is really exciting is we’re increasingly seeing the role that technology can play in helping to track the disease experience of patients.

In this unprecedented year, we’ve seen such a such an emphasis on sheltering in place, particularly among our vulnerable populations. We have an online clinical study called Fox Insight and we’ve really seen an increase in registrations because it shows the potential of being able to participate in research from the safety of your own home, and still contribute to sharing knowledge about the disease.

In the US, we’ve also seen the embrace of telemedicine as a way to continue to think about managing care – but not necessarily having to go into a doctor’s office. I think all of these experiences, coupled with ongoing advances in sensor technologies or smartphone apps, really show us the way technology can ease the burden, both of managing the disease and participating in research. I think that might be a little bit of a silver lining in a world where there aren’t very many silver linings at the moment.

Which scientific breakthroughs could have a big impact for Parkinson’s community?

I think the concept of precision medicine or personalised medicine has now been integrated in Parkinson’s disease research. We’re still in the early days of it, but we’re trying to go that route. Right now, it’s very much focused on genetics underpinning Parkinson’s disease, and there are quite a few clinical trials looking at therapies targeted for particular groups who have a genetic mutation. That’s the first step. The second step is taking that data, and understanding what it could mean for a broader patient community who may not have that genetic mutation. I think the fact that we’re trying to target things and make sure that the right therapy is being tested in the right patient population is very exciting.

The other thing, which is very similar to what the Alzheimer’s community has been doing, is that there’s an opportunity to start to think ‘how do we prevent the onset of symptoms?’. The Foundation is now thinking about how to begin to get a sense of the pre-symptom phase of the disease. We know that prior to an individual having symptoms of the disease and getting diagnosed with Parkinson’s disease, they probably have had the disease for a while. So how do we get that information to be able to intervene that much earlier before the symptoms start? There may be a day where we can say ‘it’s about preventing Parkinson’s disease from ever beginning’.

At the Foundation, we really are incredibly hopeful that a lot of the research that we’re supporting is going to yield a tangible benefit for patients.

The fact that there’s so much in the pipeline, from preclinical all the way to clinical testing, means there’s more that’s going to come out. It’s so important to have a lot of different things out there, so that patients with their care team can figure out how to get the most out of what is available.

There’s such an important role for the patient community to play in getting engaged with the search. If you have, please continue to do so. And if you haven’t, consider it and learn about it. There are a lot of ways to get engaged and I’m pretty sure that you’ll find one that is comfortable for you. We’re there to help and be your partner in this, because we can’t do it alone.

A cure may still be a few years out, or several years out or a decade. But there’s so much we can do between then that will impact a person who’s living with Parkinson’s in a very positive way.