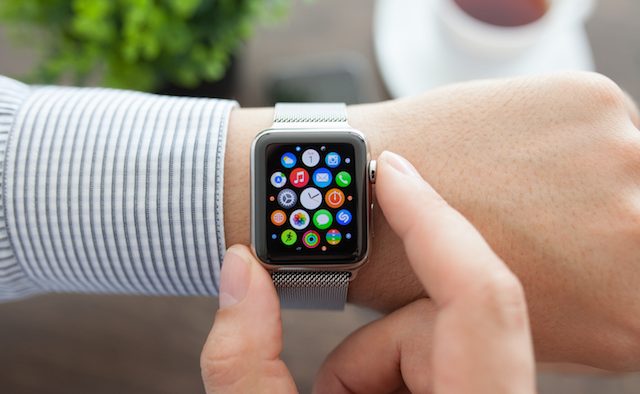 A new smart watch application created by technology company Apple could help people living with Parkinson’s disease to keep track of symptoms of the condition.

The app, called Motor Fluctuations Monitor for Parkinson’s Disease (MM4PD), can monitor symptoms such as resting tremor and choreiform dyskinesia throughout the day. The team hope that this technology could be used to help clinicians determine the doses of medication needed by patients as the condition progresses over time.

Following a pilot study with 118 volunteers, researchers conducted a second informal study to test out the app and work out if its algorithm could detect changing symptoms. In this study, 225 people with Parkinson’s disease used MM4PD and an Apple Watch for six months, while a group of 171 people without the condition also used the app for up to 12 months, to provide control data.

Insights on the app algorithm

The team found that information recorded by the app fit clinicians’ expectations in 94% of cases – and in 6% of cases could even detect additional side effects that may not have been spotted during appointments. They also compared the smart watch symptom profiles with evaluations from movement disorder specialists, and found 87.5% of these corresponded. The researchers published the results of the study in the medical journal, ‘Science Translational Medicine’.

Researchers in Parkinson’s community reacted positively to the results of the study. Speaking on the development of the app, Jason Hassenstab, associate professor of neurology and of psychological and brain sciences at Washington University, US, said: “For years, we have been hearing from the tech-enthused faction of neurodegenerative disease research about the untapped potential of wearables. [Lead study author, Rob] Powers et al present a most convincing body of data from an elegant and carefully designed study that demonstrates that smartphone sensor data can be clinically useful in treatment of Parkinson’s disease.”

Dr Michael Okun, executive director, Norman Fixel Institute for Neurological Diseases at the University of Florida, US, also commented that the app could help provide more detailed information on patients’ symptoms: “The hope is that some of this technological innovation will help in the areas of better tracking medications, better tracking symptoms and having more real-time control over this, because it’s complicated. And you’re hoping that these systems are going to make it easier both for persons with diseases like Parkinson’s disease, but also for practitioners managing them.”