Meeting Omotola Thomas, the founder of Parkinson's Africa, was probably the most significant moment of my exposure to someone living with the condition

“Anybody affected by Parkinson’s disease deserves equal access to care” 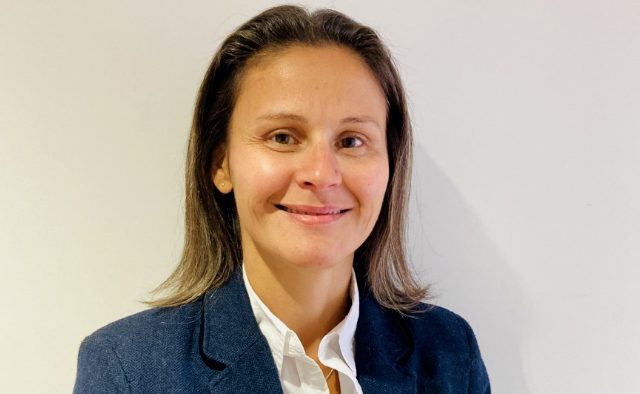 We hear from Tania Park, the recently appointed CEO of Parkinson’s Africa, about taking on the role, how she became involved in the Parkinson’s community – and her goals for the future of the patient advocacy organisation

Tell us about yourself.

I am originally from Bulgaria, where I played professional football for the Bulgarian youth national team. After a hip injury prevented me from pursuing a professional sports career, I moved to the UK. The first thing I did when I arrived in London was to join a local football club, which enabled me to make friends, learn English, study and pursue a job in IT. I then wanted to give back, so I looked for a charity that uses football to help people – and thus, my love for and journey into the charity sector began.

Through joining TackleAfrica (a charity that uses football to educate young adults about HIV in Africa) as a volunteer, I travelled to Zambia in 2007 to coach football and raise HIV awareness through their programmes. This led to me travelling and volunteering in different African countries whilst working in the corporate sector. In 2012, I switched careers to the charity sector.

Football opened Africa’s doors to me. Witnessing the overwhelming need, as well as the beauty and generosity of all the individuals I encountered along the way, shaped me and inspired me to do more and help others. This experience stuck with me so vividly that I could only seek ways to get more involved and learn how to help in a sustainable and long-lasting way. It also made me realise how many opportunities there are to make a difference with the abilities we have. I knew that if I was creative enough, I could apply my skills in ways to make a difference in the charity sector. 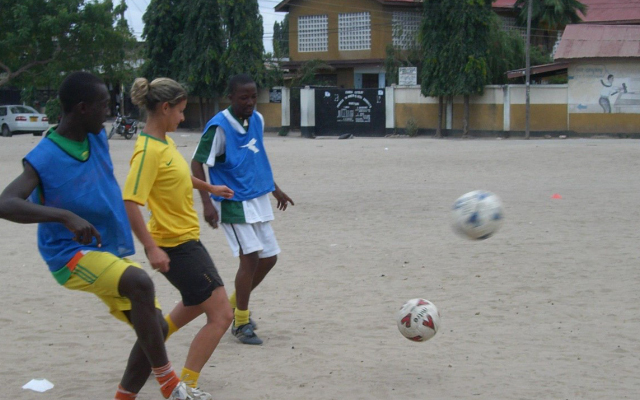 In 2007, Tania travelled to Zambia to coach football for charity. Photo credit: TackleAfrica.

How did you become involved in the Parkinson’s community?

Before applying for this position, I had no knowledge of or exposure to the Parkinson’s community. However, my brother has MS (which is also a neurodegenerative disease) so I have some understanding of the impact it can have.

Meeting Omotola Thomas, the founder and chair of trustees of Parkinson’s Africa, was probably the most significant moment of my exposure to someone living with the condition. What resonated with me the most was the sense of passion, ambition and determination to use her lived experience with Parkinson’s in a positive way. This immediately encouraged me to want to learn more about Parkinson’s and the community.

Why are you committed to raising awareness of Parkinson’s?

I believe that anybody affected by Parkinson’s deserves equal access to education, support, and medical and social care, yet, unfortunately, this isn’t always the case. These differences become much more apparent in countries where resources are even more limited – resulting in many people with Parkinson’s encountering challenges that are often too large and overwhelming to grasp.

Working so closely with Omotola also gives me a deeper understanding – seeing some of the challenges she faces on a day-to-day basis motivates me even more to want to help and make a difference. 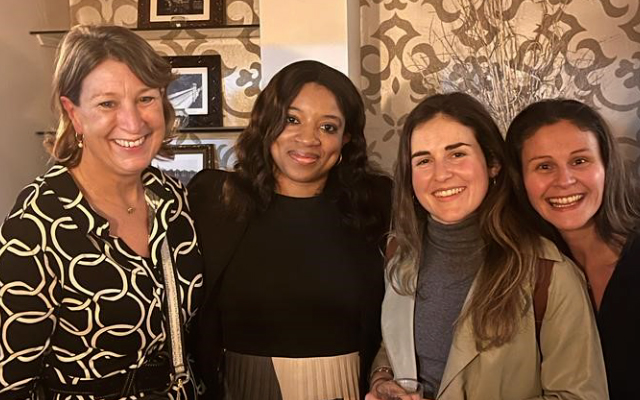 Tania says meeting Omotola Thomas exposed her to someone living with the condition.

How does Parkinson’s Africa support people with the condition?

We are the first pan-African Parkinson’s advocacy organisation dedicated to helping and empowering those affected by Parkinson’s across the continent, including family, friends, relatives and caregivers of those living with the condition. Our vision is that all African people impacted by Parkinson’s have access to the information, support and healthcare resources needed to live empowered lives.

Our goals are to increase awareness, education and advocacy around Parkinson’s, to provide support and to make access to medication more attainable. We do this by running awareness campaigns, providing appropriate educational materials in local languages and offering support groups and activities. We have also been lucky to get funding from several foundations to facilitate access to medication for over 400 people with Parkinson’s.

We currently operate in seven African countries and collaborate with numerous local support groups and organisations to maximise their local knowledge and the combined impact we can make.

How did you feel about taking on your new role as CEO at Parkinson’s Africa?

The two words that best describe how I felt are “excited” and “ready”. Excited because the process felt natural from the start but also because it reignited my underlying desire to return to work in Africa. I sensed the case for support almost immediately, which made me realise the potential for making a difference.

And, as any colleague in the charitable sector knows, there is no greater incentive than knowing you have an opportunity to make a genuine difference in people’s lives. I knew I could do a good job and establish a strong foundation to support the level of impact we want to make in the coming years. 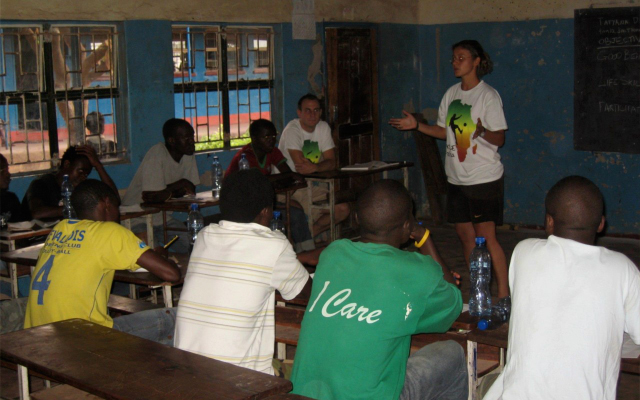 Tania says she saw “potential for making a difference” by taking on the role. Photo credit: TackleAfrica

What are you most looking forward to in this role?

Working with the global Parkinson’s community while also positioning ourselves as an independent charity – that can serve as a fair and consistent hub to communities, charities and beneficiaries that have been affected by the condition in Africa. Additionally, working with those who want to collaborate with us to build a stronger and better mechanism to help those we have committed to serving.

I am excited that we can take our time setting strategic priorities, putting processes in place and developing frameworks with sustainability in mind. This involves working with partner organisations on the ground, as we believe they are a huge factor in making global and local change across the  African continent.

I am also looking forward to supporting our staff and volunteers in Africa and providing them with the skills and capacity they need to feel valued – and to recognise how vital they are in achieving our desired impact.

Looking ahead: the four key goals of Parkinson’s Africa

Tania shares the thematic areas that the organisation aims to tackle.

Meeting Omotola Thomas, the founder of Parkinson's Africa, was probably the most significant moment of my exposure to someone living with the condition