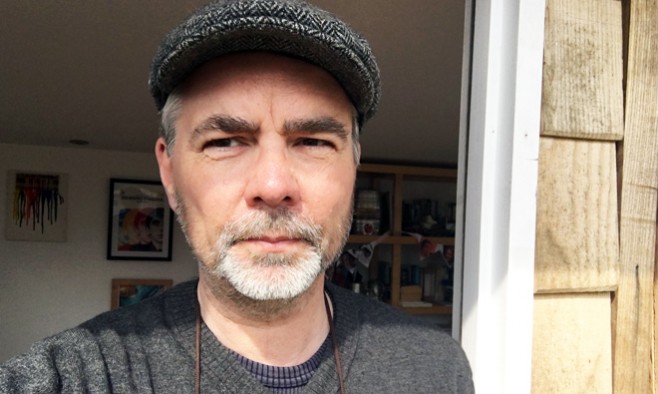 We asked Mike Bell, a poet with Parkinson’s, to write a special poem to help raise awareness about the role of carers on World Parkinson’s Day

Mark Bell is the designer-turned-poet who, following his Parkinson’s diagnosis, pledged to write a poem each day for a year. For World Parkinson’s Day, we asked him to write a touching tribute to the – often overlooked – carers of people with the condition.

Our closest have lives
To live and enjoy,
Delayed redundancy
In our sick bed-employ:

My prop, my chained-helper,
Engaged, far too cheap:
Her offset disbursement,
Too tired to weep.

When care is passed on,
With my atheist-prayer,
I ask her forgiveness,
For our contract, unfair.

Listen to a recording of Mike reading this poem and discover more of his poetry on his website here.