Rowing is about getting out there and experiencing things while you can, focusing on what you can do and not what you can’t 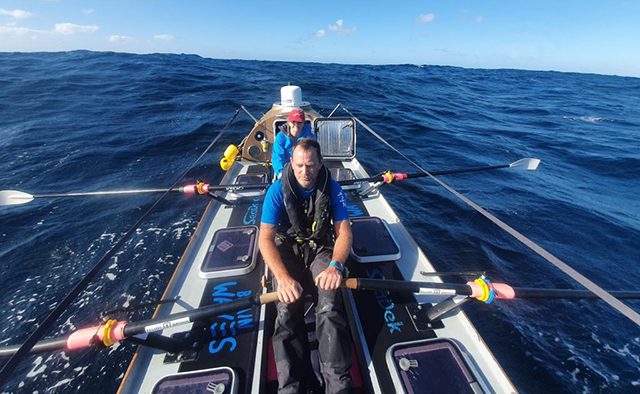 Next week, firefighter and campaigner Billy Taylor will set sail for a 3,200-mile ‘Atlantic Dash’, along with two crew members. Their goal? To raise awareness of Parkinson’s disease and mental health. Billy tells us about dedicating the project to inspirational adventurer Alex Flynn, who died last year – and why he’s looking forward to the “big adventure”

Tell us about yourself and your upcoming row.

My name is Billy Taylor and I live in Witney, UK, with my partner, Louise, and our son. I was a full-time firefighter for 12 years and now work as a contract firefighter. Aside from that, I like to take part in ocean rowing every now and then. I’m a co-founder of Monkey Fist Adventures, which aims to inspire people to row, get back in touch with nature and raise awareness and funds for various charities.

The upcoming ‘Atlantic Dash’ is an ocean row between Lanzarote in the Canary Islands and Antigua in the Caribbean, which is about 3,200 miles. It’s going to be with a crew of three – me, ex-firefighter John Haskell and paramedic Rachel Hearn. We’ll be unsupported, completely on our own. Everything we need for a safe and successful crossing will have to be on the boat when we push off.

The goal of the campaign is to raise awareness around mental health, particularly in relation to emergency service workers, and Parkinson’s.

Why is campaigning for Parkinson’s important to you?

All of this came about through a school friend of mine called Alex Flynn, who was diagnosed with young onset Parkinson’s at the age of 36. I didn’t know anything about Parkinson’s at the time. We had a lot of open and honest discussions about the impact it was going to have on him and his family. We found out that exercise was a really good way to help manage symptoms, so we wanted to do something related to that – and landed on rowing.

I never knew anyone with Parkinson’s before Alex. It’s a crappy diagnosis to receive at any age, but if you’re diagnosed at 65, then you’ve probably got another 10 or 20 years of being able to live a normal lifestyle. If you’re diagnosed at 35, it’s a completely different story – a different set of obstacles to overcome. You might still be working, you might have kids at home, a mortgage to pay off. So, this campaign is about trying to reach out to people with young onset Parkinson’s as much as anything.

As for mental health, I just know so many people who have been affected. It’s so important to be able to talk. I’m not smart enough to do research, I don’t have money that I can give towards research – but this is something that I can do to try to get these messages across.

Why are you drawn to rowing as a means of campaigning?

God only knows! As I said, it all started with Alex. We both took part in a row across the Pacific, between California and Hawaii. With media coverage there, we could tell his story, demonstrate the benefits of exercise and raise money for charity.

I think when people are diagnosed with Parkinson’s, especially at a young age, it can really knock the wind out of your sails. You don’t know how the condition will progress, how long you’ll have to do things you want to do – there’s a whole lot of unknown. So rowing is also about getting out there and experiencing things while you can, focusing on what you can do and not what you can’t. It is a big adventure.

Even though Alex won’t be there physically, he’s going to be our fourth crew member. 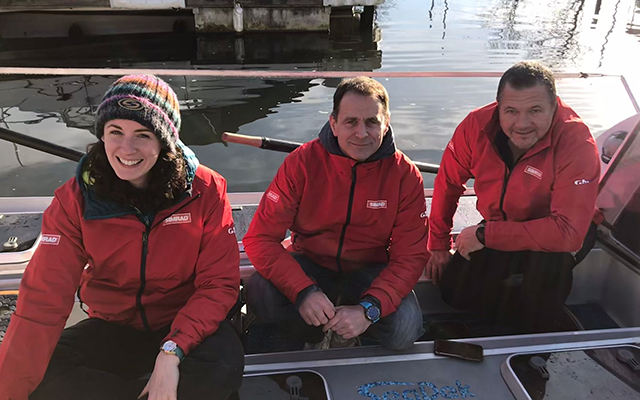 What are you looking forward to on the ‘Atlantic Dash’?

It is amazing to be out there. We’ll do three shifts in the daytime and three shifts at night, both of which have their advantages. It’s incredible to see sunrises and sunsets. And the wildlife –dolphins, whales, flying fish and all this marine life that follows you around. You see so many shooting stars, and satellites as they go across the Milky Way.

You get a lot of time to sit and think about things as well. It really allows you to become introspective in a good way, and look at how you’re living your life. You start to think about how to be a better partner, father, employee or friend. You just have that time, completely uninterrupted, to assess what you’re doing with life and how you can improve it.

Who inspires you in Parkinson’s community?

Alex, for one, was a force of nature. He would never accept defeat and was always pushing to try to make life better for other people. Tom Isaacs from Cure Parkinson’s – he took everything on his own terms, and it was a huge loss when he tragically died a couple years back. Robin Buttery came with us across the Indian Ocean; he felt a moral obligation after his diagnosis to help further research. And Liz Dennett, who also rowed with us – another person who showed that Parkinson’s is just a part of you.

These people inspire me because they showed that a diagnosis doesn’t define who you are. They’re all incredible people.

What would you say to people in the community who want to get involved in campaigning?

It’s about finding something that you enjoy doing. Fundraising takes so many shapes and forms, from ocean rowing, to cutting your hair, to having an ice bucket poured over your head. It doesn’t have to be a huge, epic challenge – just something that you feel comfortable with. And what I’d always say is that it’s worth doing with other people. Campaigning is always a shared experience for me, and it’s not just about raising money, but also about raising awareness. Alex was a huge advocate for this. He was looking to climb Everest this year, to “put Parkinson’s on top of the world”, as he said.

What are your hopes for the future of Parkinson’s awareness?

I feel that there would be more power behind the movement if everyone worked together. There’s power in numbers. I also think it’s important for people to keep showing the tough sides of Parkinson’s as well as the good.

I think there needs to be support for families of people with Parkinson’s as well, because the condition has a huge impact on everyone involved. It’s important for families to have a better understanding of what’s going on, to make life easier for both them – and for the person living with Parkinson’s. Some of the funds from our campaign will go to Parkinsons.Me, a charity that offers support to families.

This campaign wasn’t originally going to be about Alex. Unfortunately, his death last year added another element to the project. I’m glad to be doing this in his memory, and to be able to keep raising awareness of Parkinson’s.

Rowing is about getting out there and experiencing things while you can, focusing on what you can do and not what you can’t