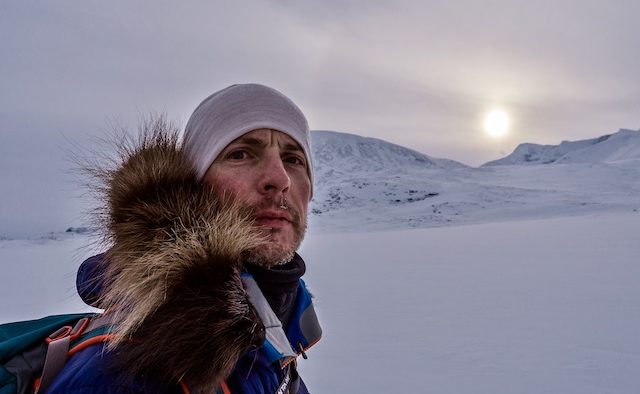 Since his Parkinson’s diagnosis 13 years ago, Alex Flynn has completed a staggering number of adventures – from finishing a 160-mile run in the Bavarian Alps in Germany, to cycling, climbing, kayaking and running his way across 3,256 miles of America. As he works on plans to become the first person with Parkinson’s to climb Everest, find out how he approaches fundraising for the condition – and what motivates him to keep moving

It was shortly after his Parkinson’s diagnosis in 2008 that Alex Flynn, a 36-year-old UK-based lawyer, made the decision to carry through a commitment to take part in the Marathon des Sables. This was no small prospect – the six-day,150-mile race in southern Morocco has been described as ‘the toughest footrace on Earth’.

“I thought long and hard about whether or not I should go ahead and do the race,” he explains. “One thing that struck me was that if I don’t keep moving, I’m going lose it. Parkinson’s is about rigidity, and the more you move the better off you are. I took heed of my own advice and went out and promptly got lost in the Sahara Desert.”

Far from being put off by the experience, Alex decided that, having raised £1,500 for charity Parkinson’s UK by taking part in the ultra-marathon, he wanted to do more. It was a conversation with a friend following the race that set the course for the next 12 years of adventuring.

“I came back licking my wounds and sat having a cup of coffee with my mate Rich. He said, ‘how much more money do you want to raise?’. I said, ‘a million pounds’ and he said, ‘how are you going to do that?’ and I said, ‘well, running a million metres – a pound per metre.’

“You’ve got to do something big”

This was the start of Alex’s 10MillionMetres challenge, which saw him undertake an astonishing series of adventures to raise money for Parkinson’s research – from venturing from London to Rome in 30 days with a fractured tibia, to completing a 160-mile run in the Bavarian Alps. One particular highlight was an arduous but rewarding journey across America.

“When the plan for America came up, people asked, ‘do you really need to do something that big?’. And I said, yes! Because once you’ve done something like run across a continent, where do you go? You’ve got to do something big. I decided to do four different disciplines, cycling, climbing, kayaking and running, across 3,256 miles.”

After traversing for 35 days across Santa Monica, Las Vegas, Buffalo and Toronto to New York’s Washington Bridge, city restrictions thwarted a planned finish at the Statue of Liberty – “Thankfully, I was very grateful about that because I was knackered”, he says.

Looking back at the experience, Alex adds: “It was incredibly dangerous at times and was a real adventure. It was very, very hard – and set me up for something even harder, which was expedition race Primal Quest in 2018. I did around 220 miles in four days and five hours across bear-infested parts of British Columbia, Canada, and it almost killed me. I had about 20 days to get fit for the race, and I felt every single metre.”

Alex completed his 10MillionMetres challenge in January 2014 – but continues to fundraise, and to date has raised an estimated US $530,000. How does he stay resilient in the face of formidable challenges?

“The injustice of Parkinson’s motivates me,” he says. “Also having the ability to go out and put one’s life in context and come out of it with plans and ideas. When I crossed America, I had a lot of time on my own, and I was inside my head thinking of all the things I needed to sort out. By the end of the trip I was completely zen.

“What inspires me now is there are many people who are far worse off than me or have just been diagnosed. I want to show them that they can still keep going, they can still do what they’d thought previously impossible as a consequence of their condition. Hopefully if I can do it, they can do it.” 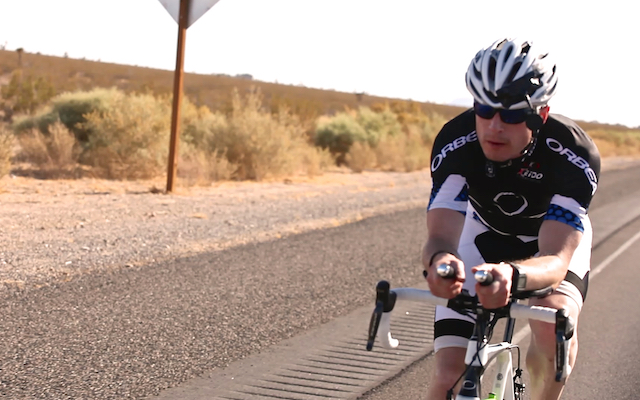 Alex Flynn riding across the Mojave Desert, US, as part of the 2012 Trans-America challenge. (Credit: 10MillionMetres)

The coronavirus lockdown over the last few months has restricted travel and made international adventuring impossible, but Alex hasn’t let the crisis deter him. Instead, he’s taken a creative approach to continuing his adventures.

“I had some races lined up that had been postponed and I thought, well, why don’t I do some stair climbing, or how about a marathon? Why don’t I do a vertical marathon and see how long it takes me? I reckoned it would take me a couple of days, and I was so wrong – because a vertical marathon is 2.3 times the height of Everest. It took me seven and a half days.”

Alex describes this demanding experience as “a war of attrition” against his body and mind. He says: “I lost an extraordinarily large amount of weight and I went through about 35,000 calories in energy. My left calf muscles absolutely killed me, my achilles tendon was painful, swollen and inflamed, and even going down the stairs normally was painful. And then, of course, there’s the monotony of the same thing every single moment of the day for 10 hours a day every day.”

His endeavour has raised £3,622 for Parkinson’s UK – but reflecting on his achievements can feel surreal. “I’m one of these people that gets numb about it,” he says. “I don’t think much about it, and then I look back and think ‘did I really do that? Was that me?’. And that always surprises me.”

“Challenge yourself in whatever way you can”

Alex still has plenty of adventures in mind. Among his goals, he lists finishing the 4 Deserts Grand Slam, and climbing Mount Blanc, Europe, and Mera Peak, Nepal.

But, he suggests, in three or four years’ time, he may look to a different kind of adventure.

“I’m optimistic that I can still keep going but I’m also partly realistic in saying that I need to make alternative plans and do what most people do when they have Parkinson’s. My Everest could be a literal mountain, but for somebody else it might be the sitting room that they have to get across, or doing up their shoelaces. 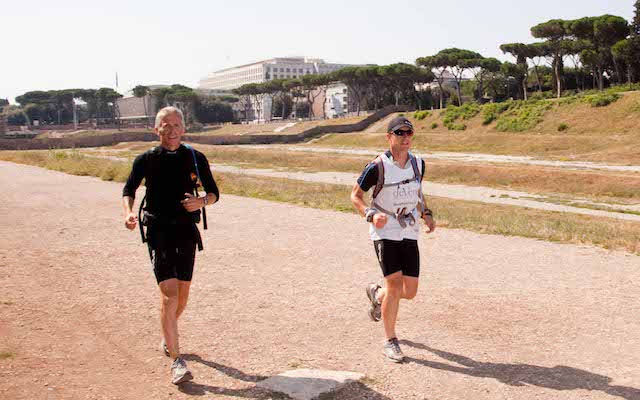 Alex Flynn is an adventurer, athlete and father of three. An ex-lawyer, he was diagnosed with Parkinson’s in 2008 at the age of 36. Since his diagnosis, he has undertaken a series of challenges to raise money for Parkinson’s charities – and achieved his goal of covering 10 million metres in 2014. Recently, he completed a vertical marathon, using his staircase to climb the equivalent distance of more than two times the height of Mount Everest. He is based in Oxfordshire, UK, where he lives with his partner, Justine. Find out more about Alex here.