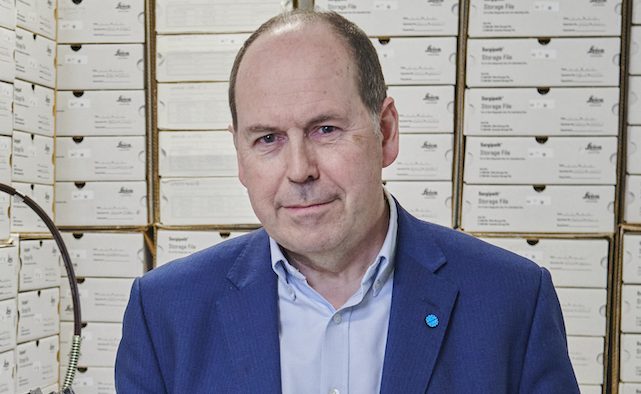 UK-based BBC technology correspondent Rory Cellan-Jones has shared how he used artificial intelligence to track his Parkinson’s disease symptoms as part of a research trial from Imperial College, London – and how machine learning could support people living with the condition

When Rory Cellan-Jones found out about a research trial using technology to help people with Parkinson’s disease, he “leaped at the chance” to take part.

Cellan-Jones – the tech correspondent for UK broadcaster, the BBC – told British news outlets that he learned about the research trial after seeking guidance from neurologist Dr Yen Tai about how best to treat his symptoms.

“We got talking about technology and how it might help in the battle against Parkinson’s,”  Cellan-Jones wrote in an article for BBC News.

This was how he found out about the research trial from UK university Imperial College, London – which Dr Tai said aims to “provide a more personalised, more tailored treatment to an individual patient” through the use of artificial intelligence.

“It is notoriously difficult to prescribe exactly the right dose of … drugs which act to replace the missing dopamine that makes someone with Parkinson’s shake or drag their foot,” explained Cellan-Jones, whose diagnosis came after a viewer wrote to the BBC about a tremor in his hand, suggesting he consult a doctor.

He told UK newspaper The Daily Mail that his own symptoms include a drag in his right foot, anxiety about his voice and difficulty “typing, which I now do one-fingered, which isn’t great being a journalist. Although, to be honest, I was always a terrible typist.”

As part of the trial, Cellan-Jones was tasked with completing daily 20-minute exercises while wearing a medical device that monitored his movements.

“The exercises I did each morning – twisting my hand from side to side, holding it out in front of me, moving my arm up and down – were similar to what my consultant makes me do on my visits every four months,” he wrote in his article for the BBC. “The idea is that the data recorded by the sensors and the video of the session will gradually teach the AI system how to grade symptoms in the way a human doctor does.”

While the study’s lead investigator, Ravi Vaidyanathan, said researchers are “light years” from using AI to mirror Dr Tai’s medical expertise, he added: “We are trying to take his diagnostic capacity into the automated system. And that’s how machine learning works.”

“Ultimately we still need to have something that can slow down the brain degeneration process,” said Dr Tai. “But it doesn’t mean we can’t optimise treatment at the same time while we are trying to find a cure for Parkinson’s.”

Since his diagnosis in 2019, Cellan-Jones has been busy with his new book, ‘Always On: Hope And Fear In The Social Smartphone Era’ about the rise of smartphones and social media. And he said he won’t let the drag in his right foot stop him from taking his 14-year-old dog, Cabbage, out for walks.

Reflecting on his involvement in the Imperial College trial, he wrote: “I hope to continue on this journey seeking a better understanding and improved treatment of Parkinson’s. I will report back on any progress.”