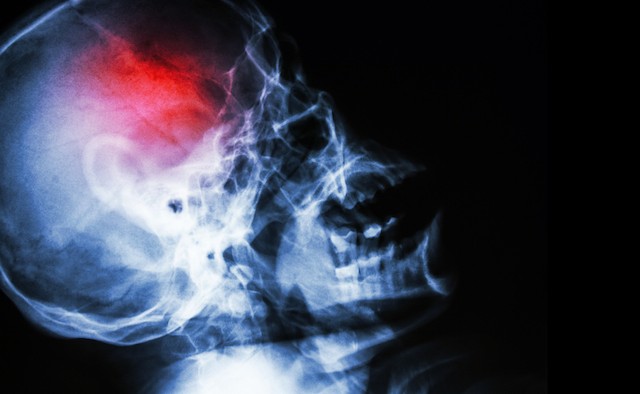 Research has suggested that a single head injury could increase the risk of developing Parkinson’s by up to 56%.

The study, which was published in medical journal ‘Neurology’, tested 326,000 veteran US servicemen and women over a period of 12 years. Half of those studied had suffered a mild, moderate or severe brain injury whereas the other participants had not.

The study focused on individuals whose ages ranged from 31 to 65. At the beginning of the process, none of the participants had Parkinson’s disease.

A total of 1,462 of the veterans developed Parkinson’s disease. Researchers found that those who had suffered a brain injury were far more at risk when compared to those who had not.

Lead researcher Dr Raquel Gardner, who is assistant professor at the University of California, US, said: “Because of the size of the study, this now provides the highest level of evidence to date that even mild traumatic brain injury increases risk for Parkinson’s disease.

“This study highlights the importance of concussion prevention, long-term follow-up of those with concussion, and the need for future studies to investigate if there are other risk factors for Parkinson’s disease that can be modified after someone has a concussion.”

Dr Raquel Gardner also said the study could have serious implications for other industries: “While our study looked at veterans, we believe the results may have important implications for athletes and the general public as well.”

Professor David Dexter, deputy research director at the charity Parkinson’s UK, said: “Several studies over the years have highlighted head trauma as being a risk factor for neurodegenerative disorders, including Parkinson’s, and this larger study reinforces that evidence.

“Studies looking at brains cells under the microscope have revealed that trauma to the head can trigger proteins to clump together. Such protein clumps are a feature in Parkinson’s and can cause cell membranes to burst, leading to the characteristic loss of brain cells.”

Despite the results, Anthony P Kontos, research director at the University of Pittsburgh, US, highlighted the fact that those studied would have had far higher rates of post-traumatic stress disorder due to their military background.

He said: “A lot of (post-traumatic stress disorder) in this population was probably not accounted for, as it may not have been coded into medical records.

Read more: Parkinson’s prevalence expected to increase by 18% in next seven years

For more information on the causes of Parkinson’s please visit the European Parkinson’s Disease Association website.