I believe that I have valuable experience to provide carers, as well as the person they care for, the opportunity to make choices that they otherwise would avoid and would regret at a later stage 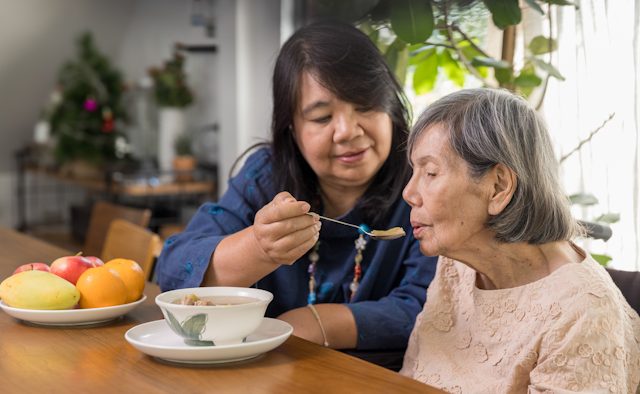 “I want to talk freely with someone who knows my situation. I would hope for some advice, for understanding, for a restful arm around me, for someone to tell me that I cannot do more than my best.”

This was one caregiver’s response to a survey launched by scientists in the Netherlands, which set out to understand the support needs and wants of informal carers in the Parkinson’s community.

Published in the journal ‘npj Parkinson’s,’ the study highlighted the need for a support network comprising former and current caregivers.

Pointing to this “missed opportunity,” the team sought to assess how such a support network might be received.

The online questionnaire was completed by 141 carers and 15 former carers. In their responses, more than half of current caregivers expressed interest in drawing on the experiences and expertise of former caregivers.

One respondent said: “It is a search for the right information and tools. So often I have the feeling that I need to reinvent the wheel by myself.” Another noted: “The focus is on my partner – I often have to take action in order to be heard as well in a conversation.”

Meanwhile, 13 out of the 15 former caregivers – around 60% of whom had helped to care for a person with Parkinson’s for over 10 years – said they would be willing to offer support to those currently caring for someone with Parkinson’s.

Of these, 92% indicated that they were motivated by the fact that their insight could be beneficial. One former caregiver said: “I believe that I have valuable experience to provide carers, as well as the person they care for, the opportunity to make choices that they otherwise would avoid and would regret at a later stage.”

Sharing the results of the survey, the researchers wrote: “To alleviate carers’ burden, access to supportive networks that provide information, guidance and practical advice on chronic disease and care management has been reported consistently in the literature as being possibly beneficial.”

Are you a current or former carer of someone living with Parkinson’s? We want to hear your perspective. If you would like to share your story, please get in touch by emailing editor@parkinsonslife.eu.

For more information on caring and Parkinson’s, visit the Parkinson’s Europe website.

I believe that I have valuable experience to provide carers, as well as the person they care for, the opportunity to make choices that they otherwise would avoid and would regret at a later stage