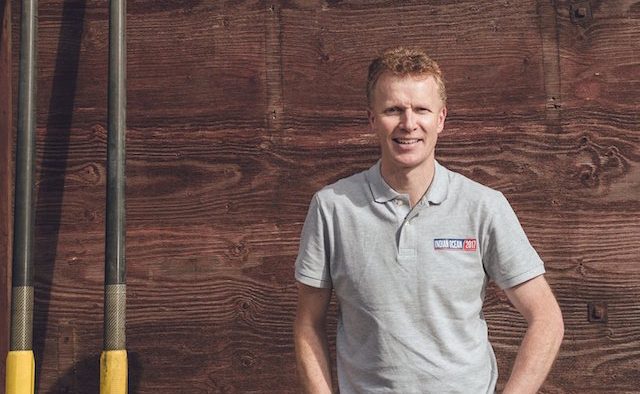 We asked our readers what their hopes and aims were for 2020. From wing walking to being more positive to finding a cure, here’s what they’ve got planned for the New Year

Looking forward to the year 2020? It only seems like yesterday we were talking excitedly of the new millennium, where did those 20 years go?

I have never been one for making a big thing about setting or keeping New Year’s resolutions, I guess I have just had a mental list of things I wanted to do or achieve at some point in the future – with little or no constraints on time frame.

Perhaps as time marches on I may have to review my somewhat laid back approach to this. We often hear or make remarks such as ‘live for today’, ‘the time is now’ and ‘don’t waste a minute’.

The problem faced by many is that most of our time is spent simply living – managing somehow to carry on with work and family commitments. We often struggle to find any extra time or the strength to do some of the more exciting things we may have promised ourselves. We have become adept at putting on a brave face, excelled in a master class in acting to fool the world that we can cope with anything. The phrase ‘I may have Parkinson’s but Parkinson’s hasn’t got me’ always makes me smile.

So, do I plan to make any New Year’s resolutions?

I have set myself the goal of improving my fitness, it is still a wonder drug as far as I am concerned. However, in the later part of this year my energy levels seemed to fall to a record low. Exercise and training has become increasingly difficult. I hope to be in a much better energised state this time next year. Let’s make 2020 the year to truly acknowledge the benefits increased exercise can have for all.

There is also a lot to look forward to next year as we have Parkinson’s Vision 2020 putting the focus on people living with young onset Parkinson’s. It will be held in Leicester, UK, from 17-18 April and will be followed by The 2020 Cure Parkinson’s Football Cup tournament the next day in Worcester, UK.

Wishing everyone a very Happy New Year, maybe it’s time to think about your goals.

The turn of the year always provides a time for both reflection and projection, when you intend to learn from the past to make a positive impact on your future. I am determined to use this annual motivation and look ahead with a new clarity.

My specific New Year’s resolutions centre around the need to get fit for a planned cycle challenge, where the only barrier to success happens to be the Alps! I am committed to training hard for this adventure which is, at this point, well beyond my abilities

My second resolution will be to listen more and react less. If I can do both of those then 2020 will be a year of near perfect vision.

My hopes for Parkinson’s community is easy, to find a cure. I am sure it is not far off, I think there will be major advances in treatments – and I hope 2020 will be the beginning of great things.

I wish everyone – those living with Parkinson’s, their carers and everyone else on this planet – a fantastic New Year.

May the world become a healthier, safer and more tolerant place. May our leaders find integrity, compassion and common sense.

And above all may my Australian rules football team The Adelaide Crows take the cup in 2020!

My New Year’s wish for everyone is to embrace the new and for us to be able to say “Goodbye Parkinson’s – Hello a new beginning”.

No one, not even the healthiest and fittest people on the planet, is immune to changes in the world. Let’s all be positive! If I can do it, we all can!

I have just one hope for all of us living with Parkinson’s, and that is that a cure will be found  sooner rather than later.

My personal resolutions are a bit of a bucket list:

Today, seven years diagnosed, I feel part of several Parkinson’s communities: on social media, at local support groups, and among friends living with the condition. We support each other, exchange tips and explain and complain all things Parkinson’s. Parkinson’s is a misunderstood condition and I am increasingly aware that I could very quickly become isolated.

There could be many people who are isolated and feel alone living with Parkinson’s. We are often only told on diagnosis about support, it is an emotional time and that can make it difficult to reach out.

I hope that if, in the future, I lose contact with my current support network, that people will scoop me up – and I don’t hear via the grapevine “I wonder what happened to her”.

New Year’s Eve 2014 was when I was diagnosed with Parkinson’s. I was a newly single mum of just two months.

I awoke on 1 January 2015 with a plan, and the chance at a new beginning. In the five years since that diagnosis, I’ve gone from almost being disabled to competing on an American television show taking on a physical obstacle course, running numerous mud runs and will soon be running my first marathon.

I am the sole caregiver for my daughter and I work full time. My New Year’s resolutions then and now are never give up, live life to the absolute fullest, spread as much love and light as possible and move it or lose it!

Mike Isles shares his top tips on how to stay safe

From raising awareness to sharing stories of the condition