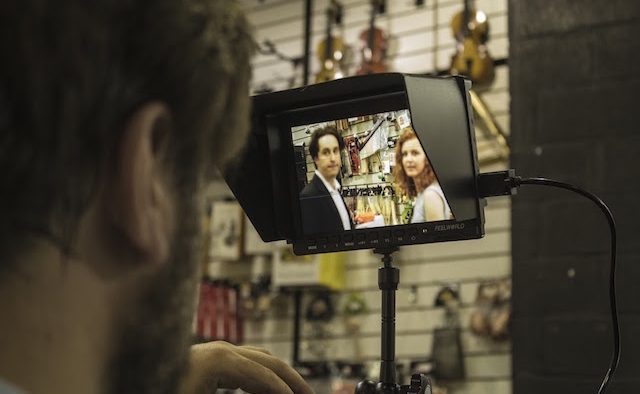 From a baseball documentary motivated by a diagnosis to a feature on young onset Parkinson’s disease and punk – we round up some of our favourite interviews with filmmakers, who share their different approaches to raising awareness of the condition

‘Boys of Summer’ by Robert Cochrane

US filmmaker Robert Cochrane had discussed a trip to all the baseball parks in America with his father in the 1990s. But, he said, it wasn’t until his dad’s Parkinson’s disease diagnosis in 2001 that they started planning the project seriously.

“It was a gut punch and felt very scary, especially because I knew so little about it,” says Robert, remembering the moment he found out about the diagnosis. Inspired by the sports fantasy drama ‘Field of Dreams’, he decided to explore their relationship through a documentary film, ‘Boys of Summer’, which chronicled their journey.

“Our intention for ‘Boys of Summer’ was to spend a lot of time together, see a lot of the country, all the Major League Baseball parks and meet as many people with or affiliated with Parkinson’s as possible to better understand what our journey with the condition might be like,” he explained. “Parkinson’s diagnosis, with all its unknowns, added the pressure to say: ‘this is why we need to do this now’.”

Although the film was initially planned as a one-off documentary, the audience response encouraged Robert to follow up the feature with ‘Second Base’ and ‘Short Stop’. Over that time, he said, conversations within Parkinson’s community have shifted.

“The general focus regarding how to approach Parkinson’s as a person living with the condition or care partner has changed. In 2004, the rally cry throughout the community was ‘A cure within 10 years!’. It was a moon shot that never landed, unfortunately. Our shift from cure to quality of life wasn’t an easy one, but it has made the years since better. We now know the power really rests in our hands.”

Read our interview with Robert Cochrane.

‘The New Music’ by Chiara Viale

Parkinson’s Life interviewed writer and director Chiara Viale about her crowdfunded feature film on young onset Parkinson’s back in 2018. The film has since gone on to win Spirit of IndieCork Award 2019 and the Overcome Film Festival’s Best Fiction Story in a Feature Film, and be selected for Chicago Irish Film Festival 2020 and LA Punk Film Festival 2020.

Described as a ‘story of Parkinson’s, punk and friendship’, ‘The New Music’ follows a classical pianist with young onset Parkinson’s disease who joins a punk band.

“I didn’t know about young onset Parkinson’s,” Chiara said, describing the motivation behind the film. “That was one of the things that drove me on – I didn’t know, nobody knew.” She had been struck by the similarities between the symptoms of Parkinson’s and multiple system atrophy – a rare degenerative neurological condition that her father had lived with.

The film crew worked closely with charity Young Parkinson’s Ireland to ensure the portrayal of the condition was accurate – and pianist and composer David Sangster, who was diagnosed with Parkinson’s aged 29, composed original music for the film’s soundtrack.

Chiara added that she hoped the film, which was released digitally in Ireland in 2020 and in the UK earlier this year, would help those living with the condition “to feel less alone”. She explained: “I knew I wanted to write about this topic and how it feels for the individual and affects their family and friends.”

Read our interview with Chiara Vale.

“‘The dark side of Parkinson’s’ confronts aspects of the condition that are “rarely discussed openly”, said Jon, who was diagnosed with the condition in 2006: “We intended in this series to give viewers factual content, delivered patient to patient. We wanted something that would grab viewer attention immediately, something different from what they are used to. Patients are tired of being lectured to ­– we wanted to engage with them.”

Covering topics including impulse control disorders or hallucinations, the films took a “ruthlessly honest and gritty” approach. “The series is made by real patients,” Anders explained, “with a clear journalistic and artistic ambition, but absolutely no funding, which gives us the freedom to say exactly what we want, how we want it. So we did.

“It is my opinion that some of the funding that goes into research should be channelled into awareness work, which in turn could have the potential to generate even bigger funds for research. My ambition in everything I do is to show that people with Parkinson’s should be listened to and invested in. If you have Parkinson’s disease, then you have a story to tell.”

Read our interview with Jon Stamford and Anders M Leines.

Grant Taylor’s short film was inspired by his father – who was diagnosed with Parkinson’s when Grant was just 11 years old.

“When you’re a filmmaker, you’re always looking out for stories to tell and you’re really trying to find your place in the world,” he explained. “I realised I wanted to tell stories about disability with a difference. If you have disability in your life, whether you’re disabled or a carer, there’s a lot of really miserable media out there. My mission is to make films about disability that are positive. They don’t shy away from the facts, but they have heart and can be a lot of fun.”

His film ‘Ecstasy’ stars actors Brian Bovell (The Missing), Nathan Bryon (Benidorm) and Holli Dempsey (Black Mirror, After Life), and focuses on a father with the condition and his son attempting to buy an ecstasy pill.

Grant explained why it was important to him to take an unconventional approach: “Obviously, if you have Parkinson’s you shouldn’t take ecstasy and our movie is completely, 100% not about glorifying drugs. But if you want to get a message out about disability then you need to be bold about the way in which you do that – and sensitive at the same time. The film deals with things that are tough, but I think that the bigger and bolder you are, the more impact you’re likely to have in the long run. Ultimately, the point is to raise awareness.”

He added: “Parkinson’s is a lot more common than people think and I would love for people to understand it a little more. Any attempt to share what a condition is like and help audiences who are fresh to it to understand can only do good things in my opinion.”

Read our interview with Grant Taylor.

How to talk to young children about Parkinson’s disease