Everybody has different goals for their treatment 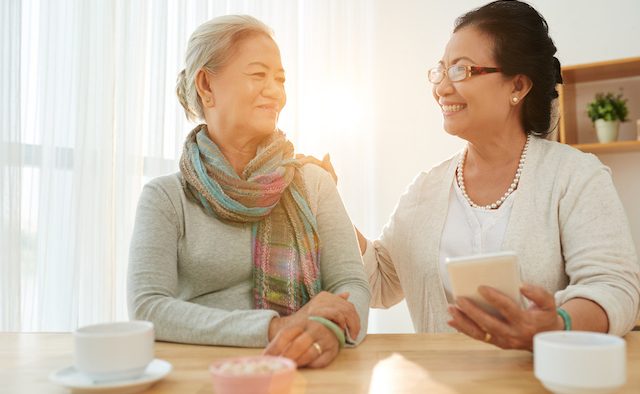 A panel of experts and people with Parkinson’s disease discussed how to cope with a diagnosis in a Michael J Fox Foundation webinar – from navigating treatment and managing symptoms to what you should know about the condition. We share three key insights from their conversation

1. “Everybody’s journey is so different”

Parkinson’s disease encompasses a range of different symptoms, and there is currently no biomarker test (a type of measurable diagnostic test) – which means it can be difficult to diagnose the condition. In fact, said Dr Marie H Saint-Hilaire, it takes the majority of people two years or more to be diagnosed.

“Initially, when we see a patient, we might not be sure it’s Parkinson’s disease because there are various causes of Parkinsonism,” she explained.

Dr Jerome P Lisk added: “Some people have come in my office and said, ‘Well, I don’t even think I have Parkinson’s because I have no tremor’. You don’t have to have tremor to have Parkinson’s disease. We say that there’s no cookie cutter treatment, everybody is different. You go to support groups, online forums – what works for you won’t work for someone else.”

It’s therefore vital to avoid comparing your symptoms – and your treatments – to those of others with the condition, said Larry Gifford, a member of the Michael J Fox Foundation’s Patient Council.

“Everybody’s journey is so different and I know early on […] it’s hard not to go, ‘Well, that person has this symptom or was on that pill,’ and there’s a lot of comparison going on, especially between the newly diagnosed,” he said.

2. Talking to your doctor

If you’ve recently been diagnosed with Parkinson’s, the panellists said, it’s crucial to talk to your doctor about the symptoms you’re experiencing and your preferred treatment approach.

“It’s not like being treated for hypertension – like the doctor measures the blood pressure and says, ‘Oh, you have to increase your medicine’,” explained Dr Saint-Hilaire. “It’s really a constant discussion with your care team, your physician and physical therapist about your symptoms and what bothers you and what’s important to you.

“Some people come and might want to discuss their sleep problems because they really have a lot of sleep problems, or other people it’s more the tremor that prevents them from playing golf. Everybody has different goals for their treatment.”

Phil Alongi, who was diagnosed with the condition in 2019, shared the approach he and his care team took to treating his Parkinson’s: “I’ve opted not to start the drugs as much as possible, to kick them down the road. And my family supports that decision, as do my doctors. So I feel I’m able to control what I need to do in order to accomplish my work goals and my family goals.”

Larry added: “When you go to a movement disorder specialist or a neurologist or your general practitioner and you are a person with Parkinson’s, this is your time.

“And so what you really want to do is make sure you go there with an agenda that you go there with a list of things that you’ve talked about with your partner about what’s holding you back from living the life that you want to live – what are the things that bother you the most, because they won’t be able to tackle everything all at once.”

Both Phil and Larry highlighted that it could be very challenging to share a diagnosis with family, friends and colleagues.

“One of the other things when you’re newly diagnosed that really kind of plays with your head,” said Larry, “is who do I tell, when do I tell them, what kind of reactions should I expect?”

Phil said he’d initially kept his diagnosis a secret, acting as if he was “ashamed” or “embarrassed” by it. But, he explained, “I slowly realised that […] there was nothing that I did wrong and I shouldn’t be ashamed. Actually I should take a more active role because hearing from someone, another person that has it, I found already is helpful not only to me, but to them.”

He has since joined the Michael J Fox Foundation’s Parkinson’s Progression Markers Initiative – a landmark study with the goal of finding a biomarker for the condition.

Larry, who is the national director of Talk Radio in Canada, said that following his diagnosis, he had been inspired by a podcast to share his diagnosis.

He explained: “I thought, ‘Well, I have the platform. I’ve got the ability to tell a story. And here I am hiding my disease from even my colleagues and my co-workers.’ And so I thought, ‘Well, if I don’t do it, who will?’ And that’s how we started the podcast ‘When Life Gives You Parkinson’s’. And it’s really a platform to share the stories.

“What I found was, the fears that I had were unwarranted, because the support that I get back now from, not just my family and friends, but my colleagues and my workplace, is just unbelievable.”

“The support network that you have is critical to all of this,” added Phil.

Find out about the webinar: ‘New to Parkinson’s? Steps to Take Today’

Everybody has different goals for their treatment