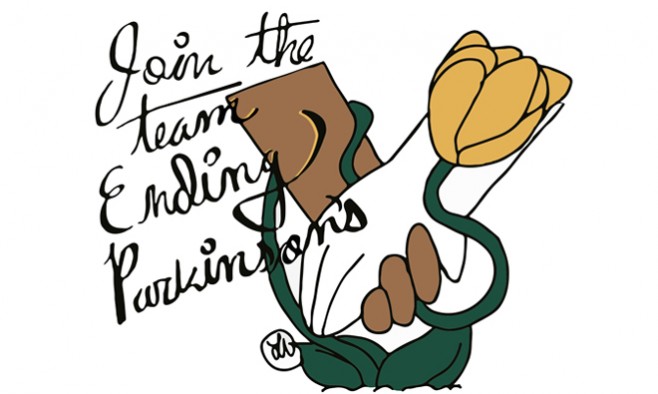 The tulip has been international symbol since 1980 when Dutch horticulturalist with Parkinson’s, J W S Van der Wereld, named a new tulip after Dr James Parkinson.

The T-shirt design contest, which is open to all five- to 15-year-olds, is run annually by the US-based Parkinson’s Disease Foundation. The slogan for 2016 is ‘Join the Team Ending Parkinson’s’.

Lea’s design was one of 20 designs entered into the competition and her winning artwork was chosen by the general public in an online vote.

Lea said: “My design is of two people holding hands with the Foundation’s yellow tulip holding them together. It is important to me to raise awareness about Parkinson’s in memory of my grandfather who lived with this disease.” 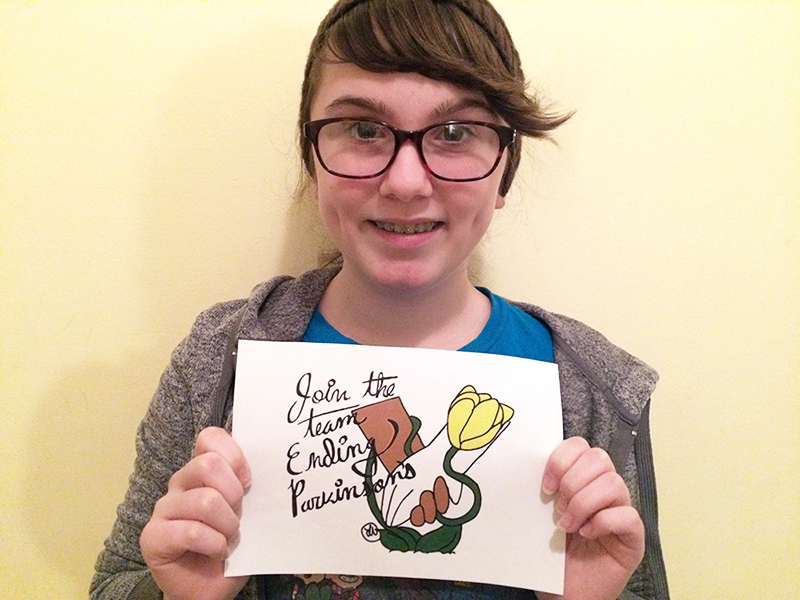 Lea and her winning T-shirt design

“My grandfather was the kind of person that would always help someone in need. He was a very artistic man and I got my inspiration from him. I think he would be proud. This is the first time I’m putting my art out there and I’m proud to see my design help raise awareness of Parkinson’s disease,” Lea added.

Robin Anthony Elliott, president of Parkinson’s Disease Foundation, said: “The diverse members of the PDF team all share one thing – a commitment to ending Parkinson’s. Through her design, Ms. Dempsey illustrates this commitment beautifully, reminding us that children and young adults are very important members of this team.”

The T-shirt designed by Lea is now available for pre-order from Parkinson’s Disease Foundation in time for April, Parkinson’s Awareness Month. 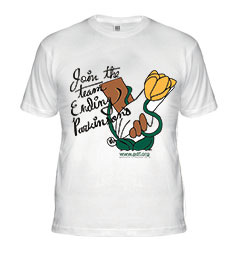