Too much protein can affect your medication. I try to eat my Christmas dinner in the middle of two doses, to avoid the impact

Diane, diagnosed with Parkinson's in 2012 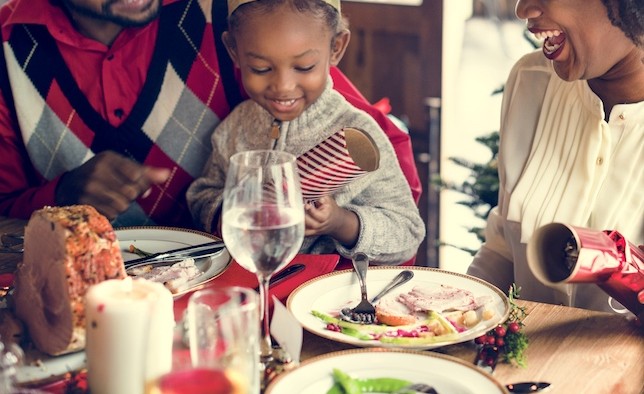 The festive period can be a busy time, meaning you may find it harder than usual to manage your symptoms. Parkinson’s UK asked people living with Parkinson’s to give their top tips on how to look after yourself and enjoy the season. We share some of their ideas

“If you’re shopping in a busy town or city and you find carrying purchases difficult, it’s worth asking in-store if you can leave items to collect later, or if they offer a delivery service to disabled customers.

2. Josie, who was diagnosed in 2007, advises: “I find a rucksack-style bag much easier to use, as it leaves both hands free while I’m out in public.”

3. Diane, who was diagnosed in 2012, says: “Use labels in your Christmas cards instead of handwriting them. It makes it so much easier and saves a lot of time too!”

Getting yourself party ready

4. Doreen, whose husband has Parkinson’s, explains: “My husband had problems with ties and we solved it by buying clip-on ones. They are so easy to use: they just attach near the top button on the shirt and are as smart and fashionable as ordinary ties.”

5. Jill, who was diagnosed in 2009, tells us: “Having spent hours trying to fasten a necklace, I finally bought a pack of eight magnetic jewellery clips. If I fix the magnets to each end of my necklaces and it’s so much easier to put them on. The magnets are quite powerful but can’t cope with anything too heavy – so the crown jewels are out!” 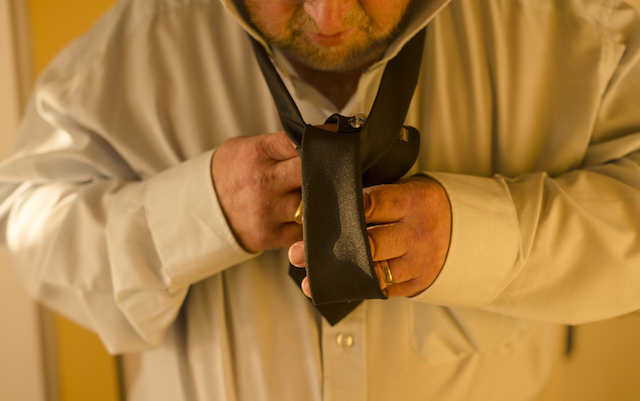 Putting on a tie can often be difficult for people with Parkinson’s. Image credit: Parkinson’s UK

Making the most of Christmas day

6. Diane, who was diagnosed in 2012, advises: “Pace yourself. Christmas Day is likely to be hectic, so don’t do too much in one go. I prepare my Christmas dinner the day before, by chopping the vegetables and cooking the turkey. Take a step back and ask for help if you need it.”

7. Heidi, who was diagnosed in 2014, says: “If you’re going to someone’s house, take anything you need with you. It’s ok that you have Parkinson’s and need support. If you have difficulties in certain areas, such as dexterity, take along your own specialist cutlery to eat with.”

8. Diane recommends: “Make sure you watch what you eat and when you eat it. Too much protein can affect your medication. I try to eat my Christmas dinner in the middle of two doses, to avoid the impact. This is easier to manage when you’re hosting and you can set the times of meals.”

9. Heidi explains: “This year I’m putting myself first and having Christmas dinner with just my husband, rather than seeing a big group of friends and family. Have the strength to say ‘no’ if you’d prefer to do your own thing.”

10. Kathryn, whose mum was diagnosed with Parkinson’s in 2005, says: “If a member of your family has Parkinson’s and struggles to communicate, make sure they don’t get isolated. Christmas can be a noisy time, so think about turning the TV down a little or just giving the person a bit more time to speak.”

Do you have any tips of your own? Let us know by commenting below

Too much protein can affect your medication. I try to eat my Christmas dinner in the middle of two doses, to avoid the impact

Diane, diagnosed with Parkinson's in 2012