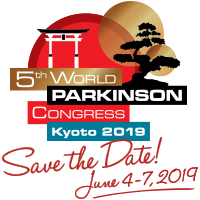 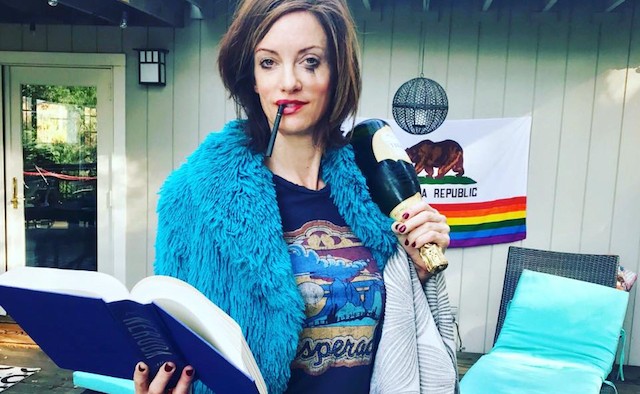 In the third piece in our series profiling the bloggers supporting the World Parkinson Congress 2019, we talk to Heather Kennedy, AKA Kathleen Kiddo, who blogs about how – despite Parkinson’s – she’s more alive than ever before

Primarily, I write about compassion as the end game, so I post mostly uplifting but brutally honest and sometimes comic stories for those who suffer from chronic pain.

The non-motor symptoms and side-effects that aren’t visible to the untrained eye. In essence, the dreadful and menacing iceberg effect.

My audience is made up primarily of American women between the ages of 30 and 70. Readers in the UK and Canada are tied as close seconds, with approximately 2,000 readers in Eastern and Western Europe, Latin America, Asia and Africa. Hard to say specifically where, but Ireland, Scotland, and Norway appear prevalent.

Have you been surprised by the global audience and level of interest you’ve attracted?

Yes! I am surprised anyone even reads my posts! My initial intent was to be helpful when those with degenerative brain diseases felt despondent or abandoned. It’s an isolating situation to find yourself in and not everyone has access to the communities like the one I enjoy in California.

The entry ‘Anger as fuel’. And also this recent post.

Anything remotely critical of Trump’s policies or changes to our healthcare or medical research seems to bring out extremists. I’ve had hate mail and death threats on Twitter. I’ve also been slammed and spammed for posting critical financial information about politicians as they interact with drug companies and lobbyists.

Unless I have to travel or go into the city, I get going sometime between 7am and 2pm. Sometimes I stay up all night to finish short stories. I take breaks for movement, errands, sustenance and socialising.

This has been my most frustrating impediment! Dragon Dictation may be great for some but voicetext tools are not my preference. My handwriting is a micrographia mess, but a pen and paper will always be my favorite portal into a story. Since time is scarce and ideas come faster than hands can move, I usually dictate or text with my thumb from a tiny phone screen. Editing slows things down so often I’ll just release an imperfect piece just to keep things moving along. 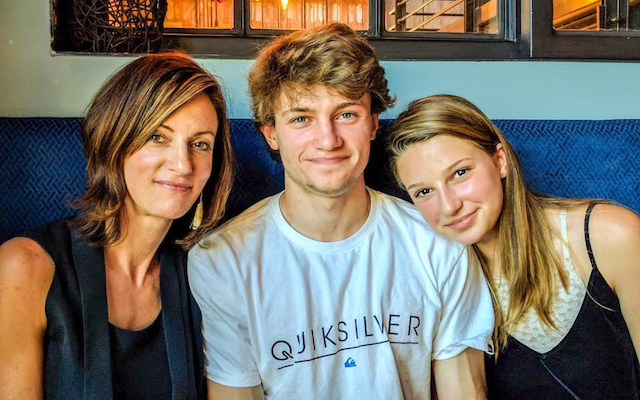 Heather Kennedy with her children

The World Parkinson Congress in Portland changed my life. Suddenly I found myself in a room with thousands of people from all over the world and I did not have to explain or even consider my symptoms! I could be myself, just as I am in each moment of this unpredictable Parkinson’s journey! I’m honoured to join the other writers in support of their blog.

I was standing in the middle of the photographer Anders Leines’ exhibit with tears in my eyes when I met him with Rune (Venthe) and Reider (Saunes), who have all changed my life for the better. Knowing there are such generous hearts and kind comrades softens the blow of this cruel condition. It would also be the first time I met Vicki Dillon, Sara Riggare, Jon Stamford, Emma Lawton, et al. This new family is not only inspiring because they manage PD, but because they are miraculously talented and fascinating individuals.

Well, we are heading to the motherland of karaoke, and you might know how I feel about song and dance being vital for Parkinson’s management. I am excited to see everyone and glean more information from the experts that I can share with my readers. There is much to absorb and process, which makes these events both exhausting and invigorating. Eli – WPC executive director Elizabeth Pollard – is a rock star to pull all this together and I’ve never been to Japan. Someday I’d like to read something I’ve written about Parkinson’s at a WPC. If we must suffer so, at least we can enjoy a good belly laugh. Send in the clowns… and Kathleen Kiddo!

Name: Heather Kennedy
Blog:  Kathleen Kiddo
Region: US
Describe yourself in a sentence: “An active mother of two, dedicated to exploring and spreading the brutal, unadorned – and sometimes funny – truth about Parkinson’s.” 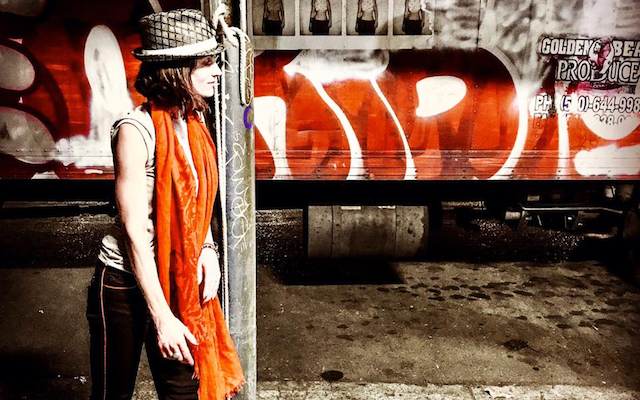 Look out for part four next month