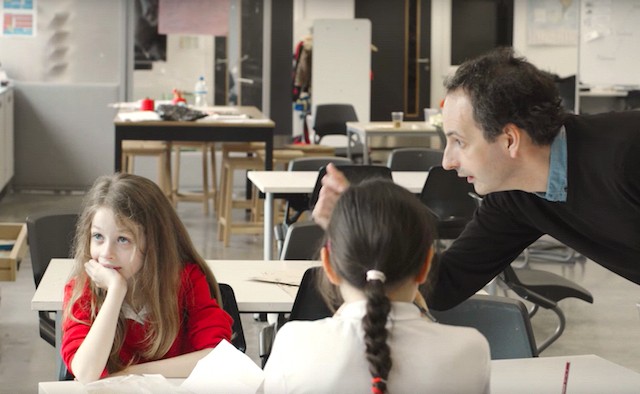 Parkinson’s experts have produced an educational film for professionals working with young children whose parents or carers have the disease.

Parkinson’s UK worked with the Peninsula Parkinson’s Excellence Network –based in the South West region of England – to develop the video, which aims to help teachers and health practitioners understand the complex problems the condition can pose for a family.

The film portrays the experiences of a fictional girl, Jess, whose mother has Parkinson’s. It is based on the real-life story of Lyn Fearn, who has Parkinson’s, and her two young children.

Talking about the effect that the lack of wider support had on her eight-year-old son, she said: “He felt that he was responsible for me. He would go to school and worry all day and not learn anything. He got into trouble at school because no one understood what he was going through. There was no official support for him or my four-year-old daughter Amy.”

The film concludes with advice from Helen Young, a teacher at Lewannick Community Primary School in Cornwall. She tells viewers: “Children under the age of 12 can lack the resources to know how to ask for help. As a teacher you might be one of the few people that children can access for information and support, or for them to use as a sounding board and listening ear. And you need to be ready and available, should that occur.”

Talking about the launch of the new resource, Lyn added: “From now on there should be no reason for young children and their families to feel isolated or hopeless because a parent has Parkinson’s.”

The film is available to download, free of charge here

Lori DePorter on puzzles, board games and Parkinson’s disease