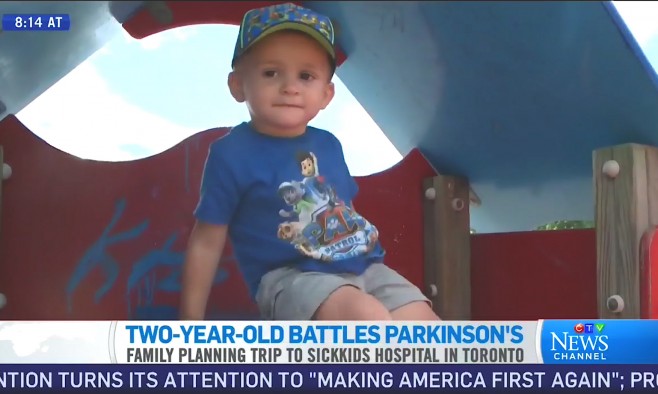 A two-year-old toddler may be the world’s youngest ever person to be diagnosed with ‘juvenile Parkinson’s disease with dystonia’. In a report by Canada’s CTV claim, Keegan Mclellan’s family say, “his hands shake when he tries to concentrate on tasks and his legs jiggle when he tries to stand still.”

The Mclellan family didn’t know what was wrong, but after travelling across Canada visiting different doctors and trying to find the cause of the problems, Keegan was finally diagnosed.

Keegan is on medication that helps his symptoms, but his mother is hoping that a trip to the Hospital for Sick Children in Toronto will provide more answers.

The family has been told that keeping Keegan active will also help his symptoms.

“They say if he tries to slow down, it makes his brain work more, so he gets more muscle spasms,” Cortney said. “If he takes off running, it’s easier on him.” 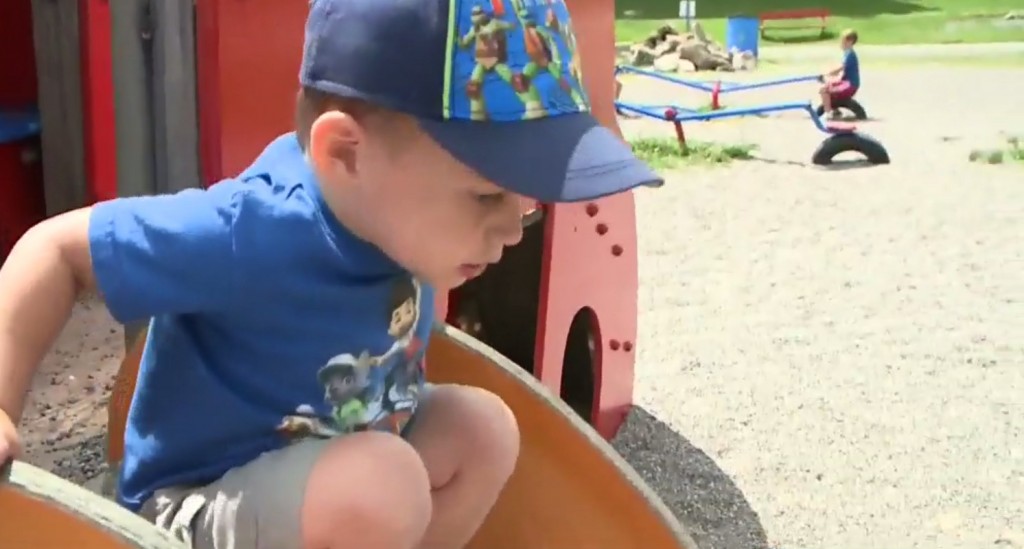 Is the age of diagnosis getting younger?

Eros Bresolin, freelance graphic artist and finalist in the World Parkinson’s Congress 2016 Video Competition, was diagnosed with the condition 10 years ago when he was 34-years-old.

He told magazine This is local London: “The age at which people get diagnosed with Parkinson’s seems to be getting younger and younger all the time.” 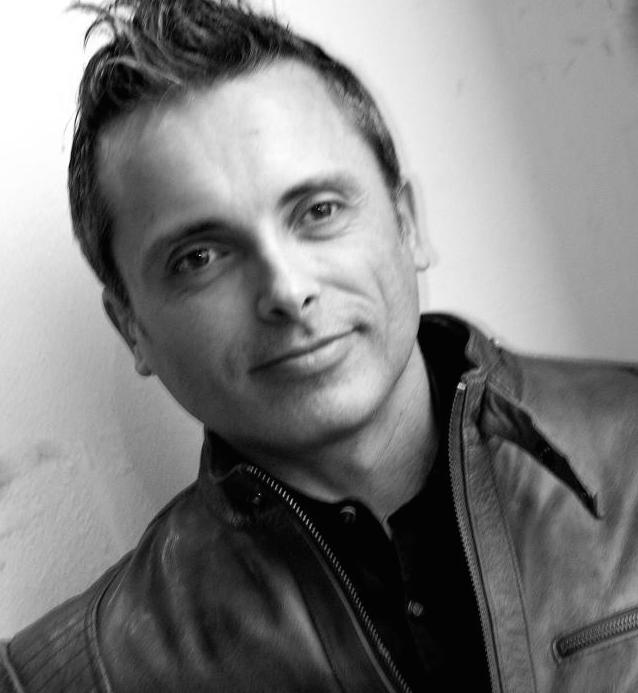 Lizzie Graham, director of the European Parkinson’s Disease Association, said: “Unfortunately the full extent of the daily impact on people with Parkinson’s and their families – not to mention the burden of the disease on public health and care systems – is not understood as well as it should be or given the priority needed by policymakers and decision makers.

“Despite this fact, Parkinson’s represents a serious challenge to all people affected by it – particularly so for the numbers of younger people being diagnosed with this progressive, chronic and complex disease. Parkinson’s can affect anyone, and these increasing young-onset instances reinforce our view that more should be done to increase the awareness of Parkinson’s (and related conditions) across all sections of society.”

Meet these ‘young-onset’ patients who experienced Parkinson’s symptoms or were diagnosed early in life.

“Perhaps my most vivid memory of that time is being chastised by my mum for not being able to stand on one leg when she was cutting my toenails.”

After successful deep brain stimulation surgery in 2006, Matt leads an active life as a sports photographer now that he’s in his early 40s.

Elisa Rovelli – loss of balance started when she was 10

“I was still at primary school in a village of the region called Brianza, in the north of Italy, when I first started feeling weak. I soon lost my balance as my centre of gravity was beginning to shift ahead.”

Having lived with the condition for 20 years she has managed to complete university and found a job in a large bookshop, where she loves her work. 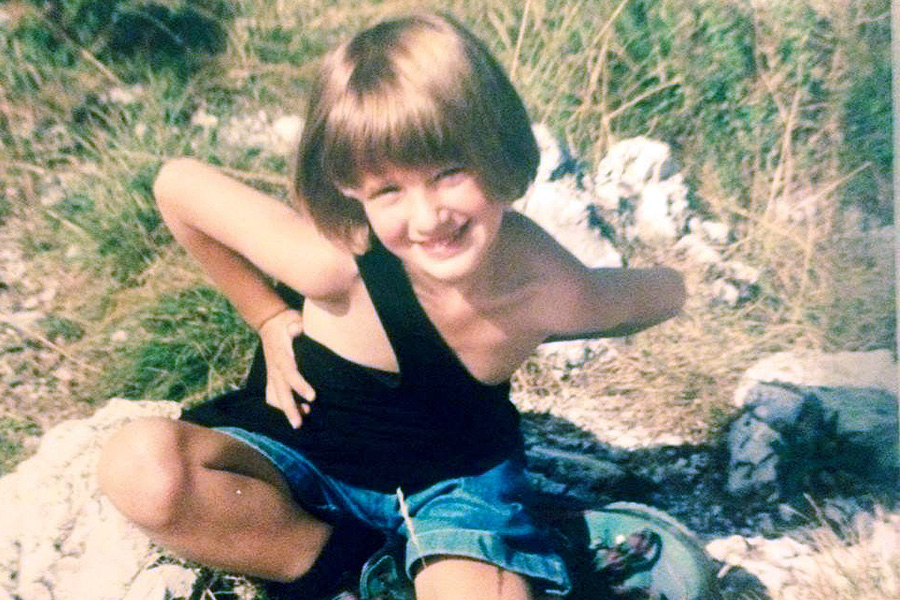 “My writing was getting smaller, and I seemed to have a slight tremor in my right hand that increased when I was nervous. I also noticed that people were misunderstanding what I was saying.”

Twenty-one-year-old Jordan has now graduated form the University of Manchester with a BSc in psychology. He hopes to continue his studies in neurorehabilitation of movement disorders and traumatic brain injury on a Master’s course. 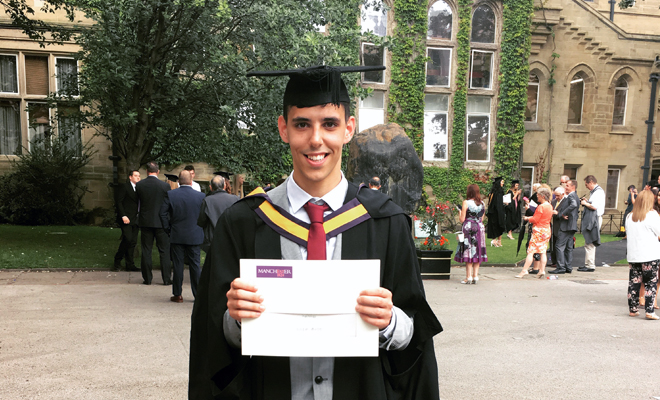 Shaun Slicker – diagnosed at the age of 23

“I would have to crawl from my living room to my bedroom – I became housebound and put on six stone.”

Now 30, the dad of three’s body is almost completely covered in tattoos and he poses for tattoo magazines, where half of the money he earns goes to Parkinson’s causes. 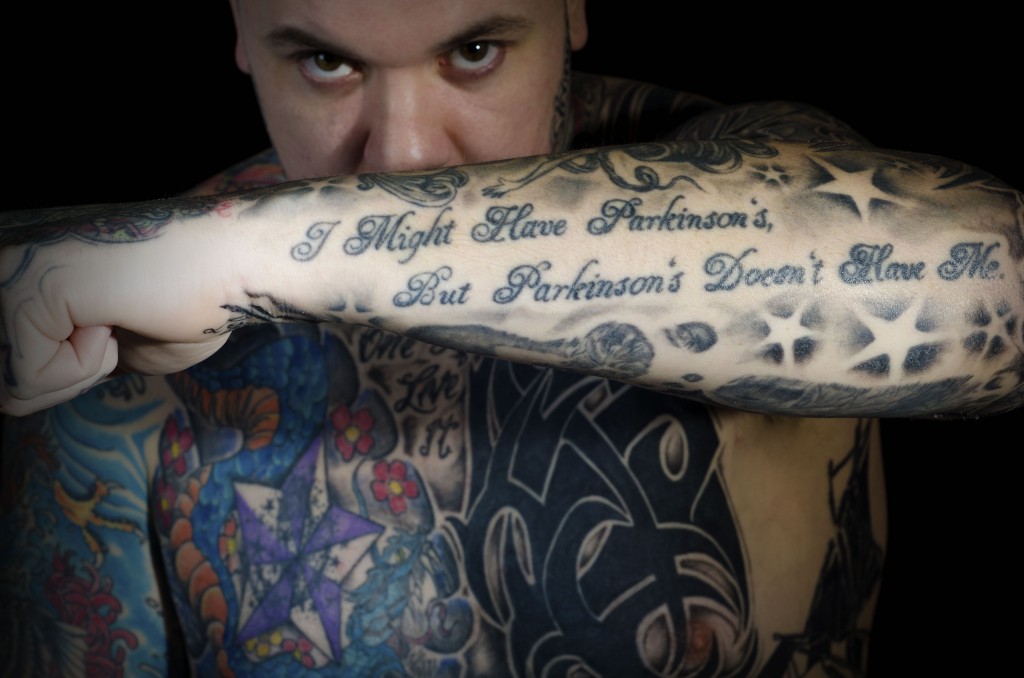 A platform for creativity in the Parkinson’s disease community