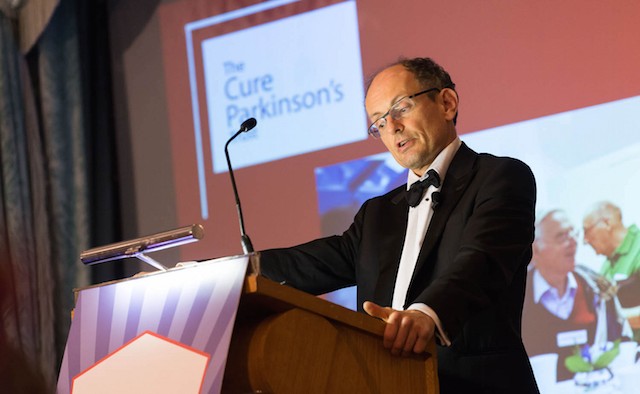 Tom Isaacs, co-founder and president of The Cure Parkinson’s Trust, passed away unexpectedly on 31 May at the age of 49.

He was diagnosed with Parkinson’s disease at the age of 27 in 1996 and co-founded The Cure Parkinson’s Trust in 2005. He will be sorely missed by not just Parkinson’s community in the UK where his organisation is based, but also in wider Europe and the rest of the world.

Lizzie Graham, executive director of the European Parkinson’s Disease Association (Parkinson’s Europe), said: “It is utterly tragic that Tom has been taken so many years before his time. He has done so much for so many in the world of Parkinson’s and he will be very much missed.

“I have known Tom for nearly 20 years, and have always been so inspired by everything that he has done for people with Parkinson’s and their families. His mental energy was enormous and he was a wonderful example of bravery. How he managed his Parkinson’s was a true inspiration to many.”

“My heartfelt condolences go to his devoted wife Lyndsey, his family and his huge band of loyal friends. What Tom has done and achieved will never be forgotten,” Lizzie said.

The Cure Parkinson’s Trust issued a short statement on their website:

We are all devastated, but are focusing on his incredible achievements. Tom’s spirit was and is inspirational. His vision and drive in creating CPT has been simply extraordinary. His determination to help find a cure for everyone living with Parkinson’s has led to the charity supporting ground-breaking science with huge potential. It remains the mission of this incredible charity to fulfil his vision: we are more determined than ever.

The Cure Parkinson’s Trust will announce the details of Tom’s memorial service in due course.