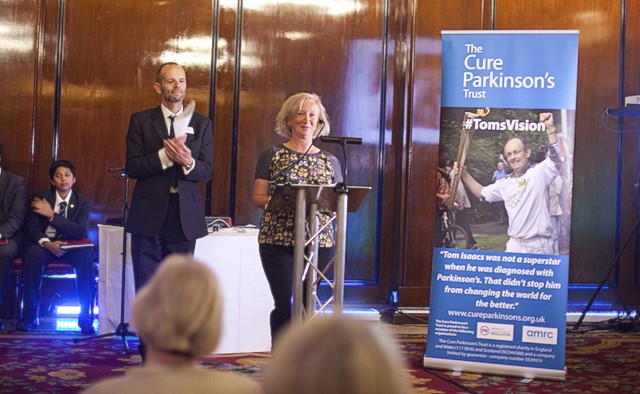 Around 500 people gathered in central London last week to celebrate the life of the Parkinson’s campaigner and co-founder of The Cure Parkinson’s Trust, Tom Isaacs, who died suddenly in May

“Tonight is not a sad night. It’s a celebration of everything Tom loved: friendship, music, laughter, song, advocacy and an unwavering search for a cure.”

So began an event held by The Cure Parkinson’s Trust last week to celebrate the life of Tom Isaacs, the charity’s co-founder and president, who died unexpectedly on 31 May at the age of 49.

Around 500 people joined Tom’s family, friends and colleagues for an evening of speeches and music at the Merchant Taylor’s Hall, London, UK. In an emotional address, Tom’s wife, Lindsay Isaacs, described her husband’s “charm, intelligence, sense of fun, empathy, quick wit and self-deprecating sense of humour”.

She told those assembled: “Tom could connect positively with everyone he met. He was one in a million and I feel honoured to have walked – I should say run – beside him for the past 16 years.”

Tom Isaacs was diagnosed with Parkinson’s disease in 1996 at the age of 27. He co-founded The Cure Parkinson’s Trust (CPT) in 2005 with the mission of finding a cure for Parkinson’s. The CPT has since raised £6million for research.

The Right Reverend Richard Chartres, former Bishop of London and a friend of Tom’s, described him as having “such joy and such a gift for friendship”. He said, “Tom had extraordinary impact on the world. He achieved so much. We will be loyal to his memory in continuing to support The Cure Parkinson’s Trust and continuing to work for that cure.

“His father’s last words were simply: ‘Keep going’. I am sure that’s true of him and I hope that will be true of us.” 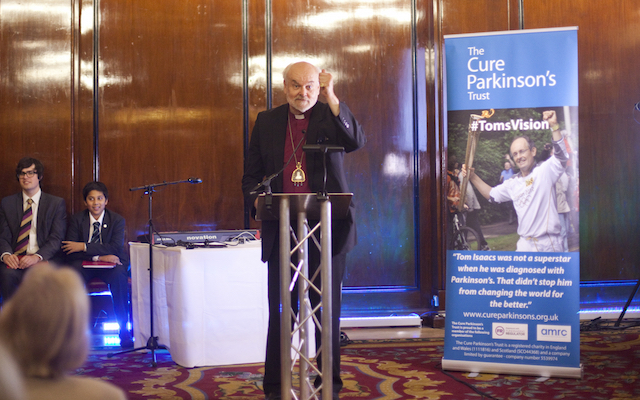 Will Cook, a CPT trustee and school friend of Tom’s, who compered the event, told the audience: “Nearly all those who knew and loved Tom Isaacs best are here. Your presence alone makes this a very special evening. Tom would have loved to be here and see you all – especially as you are all looking so good.”

He told Tom’s wife: “Lots of people believe that knowing Tom made them a better person. But Lindsay, Tom could not have been the person he was without you.”

The evening was interspersed with singing from the Thomas White Singers – a group from Tom’s former school, the Merchant Taylor’s School in Middlesex, UK. Celebrating his more humorous side was a sing-along of his version of the Monty Python song ‘Always Look On The Bright Side of Life’ – renamed ‘Always Give To The Cure Parkies Trust’. 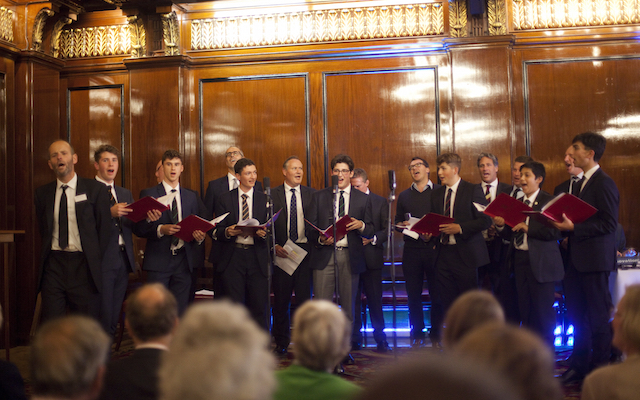 Bryn Williams, the founder of Funding Neuro, told the audience: “I first spoke to Tom a year after my diagnosis. He inspired me to go bigger, to devote a part of my life to finding a cure for Parkinson’s. He inspired a generation. Hope [is] the most valuable gift there is. Tom Isaacs gave us real, genuine hope. Not just to live with the condition: Tom gave us hope of a cure. He made an indelible mark on everyone in this room.

“Tom was an inspiration. The great thing about inspiring people is their inspiration outlives them. Let us use that inspiration to find a cure for this vicious disease.”

Another friend, Vicki Dillon, said: “Tom literally changed our future. He took us off the scrap heap and moved mountains.”

Helen said: “Tom believed a cure for Parkinson’s is possible and through CPT he is ensuring that this is tangible. [His vision was to] find ways to slow down, stop and reverse Parkinson’s ­– and involve people with Parkinson’s in that process.

“That vision doesn’t change. Our determination to deliver it is extremely urgent.” 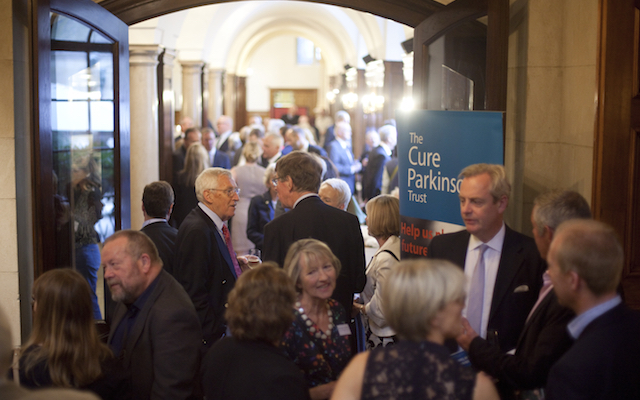 In an emotional video featuring interviews with Tom, screened on the night (see below), the campaigner said of his work: “I’ve done all I can to do find this cure. We’ve created a different feeling, a different culture, a different mood about Parkinson’s and that’s actually what I am most proud about.”

When asked how he felt about the possibility of dying before a cure was found, he said: “It seems a shame that I am the one who’s missed out on this, but hopefully the legacy will have left something good. And hopefully out of my demise might come something that might be more powerful than if I live through it.”