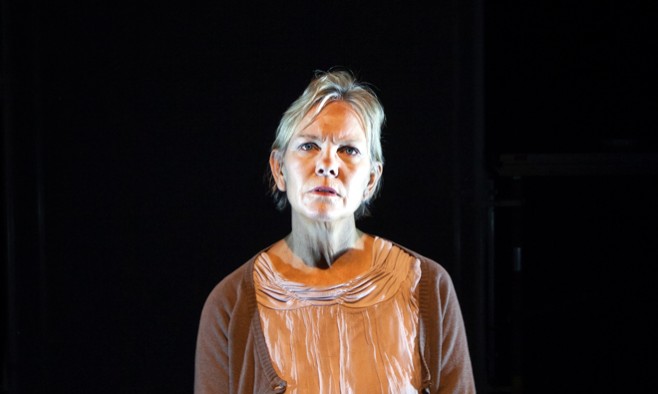 Sue Wylie is an actor and drama teacher with young-onset Parkinson’s disease, who wrote a hard-hitting play about the remarkable friendship between a middle-aged woman with Parkinson’s and a teenage boy who loves free running. Here, she opens up about her traumatic diagnosis, how it inspired ‘Kinetics’ and why she’d like the medical profession to listen to their patients

Hi Sue, thanks for taking the time to speak to us. Tell us about the inspiration behind your play ‘Kinetics’.

The doctor who delivered my diagnosis five years ago was quite cold and lacked empathy – it felt like a slap in the face. I have since switched consultants. Initially, I was in a period of shock and denial. But then I thought that I should write about my experience. I was aware that quite a lot of my friends were curious and would have liked to ask about it, but somehow didn’t know how.

So ‘Kinetics’ is based on a true story. There is a real Lukas who goes by the name of Laszlo, and I am the real-life version of Rose. Laszlo came to my attention when he has getting into trouble for free running on the school roof. It became clear that he was in danger of getting kicked out of school before he completed his GCSEs. I suggested we write a short monologue for him to perform, in which he could express the frustrations that made him go free running. But then inspiration hit – I got a tingle on my neck and realised it would be a far more interesting story to contrast his world of movement to my ever decreasing one.

There’s an early scene in the play where Rose’s GP tells her she has Parkinson’s in a very callous manner. What has your personal experience been with doctors and neurologists throughout your Parkinson’s journey?

I hope that some of the medical professionals who came to see the show have realised that delivering a diagnosis with a prognosis such as that of Parkinson’s disease with ‘objectivity’, can often come across as detachment. Speaking to other people with Parkinson’s, the experience I had wasn’t just unique to me.

What did it feel like to be performing, what is essentially your personal Parkinson’s story, in front of a group of strangers?

It was like I was undressing in front of people and peeling back layers of emotion. Lots of people came up to me afterwards to say how they recognised their own Parkinson’s story in the play. It feels good to be a spokesperson, but there is also lot of humour in the play, which is also really liberating. I was quite nervous during the first few runs, but then as it got such a great reaction, it gave me some validation. I got used to the fact that people were enjoying the performance and that was a great feeling!

Why did you choose to host Q&A sessions with the audience after the show?

That question and answer segment was there from the first live production of the show and it became clear that it was an integral part of what we were aiming to do with the play. We had a medical professional sitting on the panel, which meant that technical questions could be asked and answered with integrity. Dr Ralph Gregory, a neurologist based in Dorset, was really instrumental in finding the doctors for the panel in virtually every town we performed in. I’ve had people email me after the show, saying that they felt inspired to go back to their doctors and ask the questions that they hadn’t been comfortable talking about before.

How did you manage your symptoms while acting on stage?

Rehearsal days were the trickiest because they were the longest days. I doubled up on medication, because when they start to wear off you get slow, and vocally quite weak – obviously on stage this isn’t what you want. The drawback, however, was that I experienced a lot of dyskinesia as a side effect of the extra medication. Ironically, I had to use my good right hand to portray Rose’s tremor as the extra meds decreased the usual tremor in my left.

How did you prepare for show nights?

We did really good physical and vocal warm ups – to be honest they would probably help on me on day-to-day basis too – and on performance days I’d make sure I wasn’t getting too tired. I’d just potter around during the day and have a nap, before heading out for the performance in the early evening.

What challenges did you face putting on the tour?

Although we were technically ‘on tour’ for six weeks, I got lifts from my husband or took the train to each of the theatres, as don’t sleep well and prefer to spend nights at home – so that I can prowl around in familiar surroundings!

What kind of messages or feedback have you received from audience members?

It’s been fantastic! I have received a lot of emails from people with Parkinson’s, saying things like: “Your words could have been my words.” I’ve actually made friends with a fair few.

How was the play received from region to region?

In Devon, we were in quite a rural place with an older audience. They listened very intently, but didn’t laugh, whereas the younger audiences laughed in all the right places.

What attributes were you looking for when casting the actors?

The character of Lukas was first played by Laszlo – as the original piece was a monologue – so we knew we needed someone who was physically capable. The actor that we cast, Roly Botha, came from a physical theatre background. He began training with Jackson Turner, a specialist Parkour trainer, and within a couple of days, Roly had mastered a lot of the skills.

“Delivering a diagnosis with ‘objectivity’ can often come across as detachment”

The part of Lucas required quite an emotional range and a sense of humour. Kate McGregor, the director, was happy to cast Roly as he takes direction well. All directors look for that quality in an actor. Since we were going to be on the road for a few weeks, we had to make sure we all gelled, which we really did. 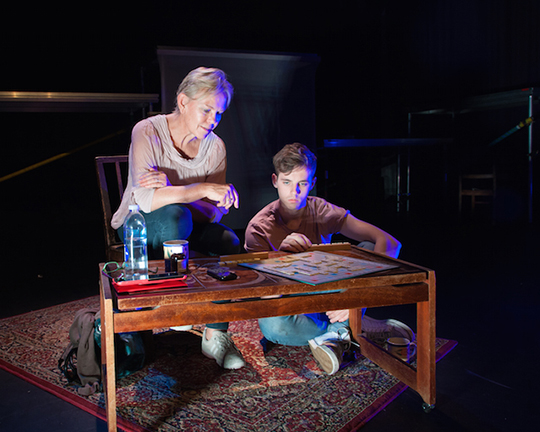 How much did you know about Parkour before you began work on the play?

Watching the youngsters in workshops with Jackson Turner really helped me understand the thrill that Lazslo got from free running. In actual fact, Sébastien Foucan, who is widely accepted as the founder of Parkour and free running, was going be involved with the play, but unfortunately another filming project cropped up, which meant that he wasn’t free.

How important is it that people remember that Parkinson’s doesn’t discriminate and anyone can develop it?

It’s very important! Audience members who had no direct experience of Parkinson’s understood this, so we were pleased. Adding issues such as the other, lesser-known non-motor symptoms, such as vocal power weakening, and some loss of facial expressions, was a way to try to educate the audience. The mantra that we have at the very end, “accept, adapt, adjust”, actually came from an email from a lady I was in contact with at the writing stage, and it just felt right, so I asked for her permission to include it.

What next for Kinetics?

Because of my background in radio, I’d like to turn it into a radio play and we have plans to team up with film director Ceri Higgins – who was behind the ‘Dance for Parkinson’s’ project – to produce a short film version.

We’re also in talks with the theatre in Bristol to go back in early 2018. But what is most exciting is that we have partnered with Patricia Miller, CEO of Dorset County Trust Hospital, to launch a campaign to change the ways in which patient letters are written. They’re currently written in third person, about the patient, not for the patient and we’d like to see some improvements made. 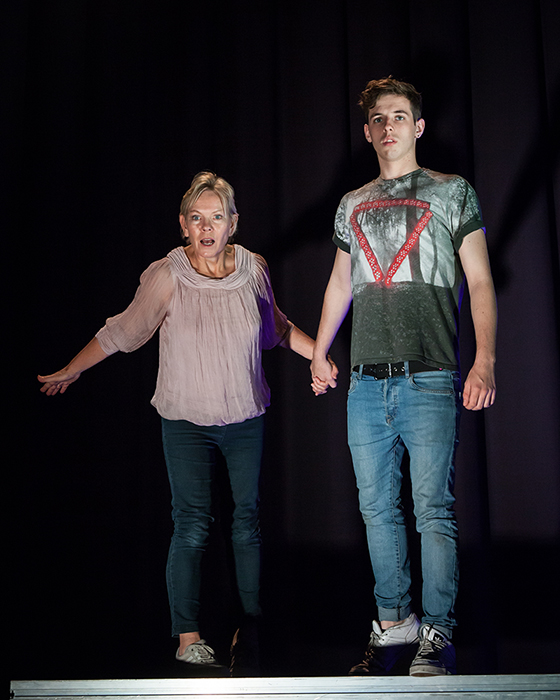 Read more: An inspiring play about Parkinson’s and Parkour is coming to a theatre near you

Timbale of pasta with tomato and shrimps