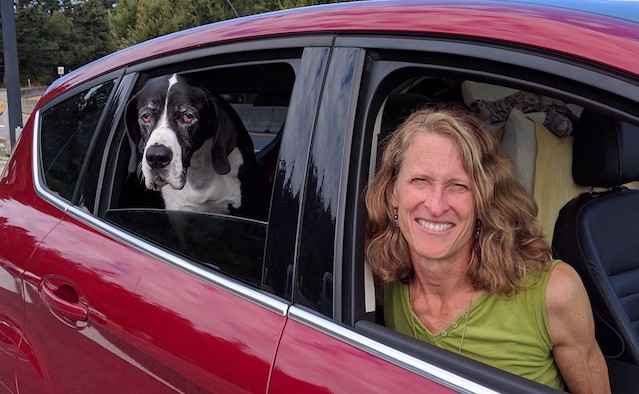 In the first in a two-part series, focusing on how dogs can assist those living with Parkinson’s, we chat to Renee Le Verrier about her service dog Tommy – and the dangers of fraudulent dog services

How many years have you been living with Parkinson’s and what specific treatments have been helping you?

I’m on “lucky 13″ right now – so it’s been 13 years. My treatments are pretty traditional but I do a lot of exercise. I do yoga but I also try and mix up aerobics because it supposedly keeps your brain active. My newest sport is tennis which is very interesting because I had never played tennis as a kid. It’s funny because I can be really struggling at times, even to walk, but then the ball comes and I catch it fine. Tommy is always there as well, in case I need him.

How long have you had Tommy in your life?

It’s been six years now. He came home with me when he was about 18 months old and I continued training him for about six months after that because he wasn’t fully grown intellectually. It takes about nine months to a year to go through every situation together – whether it’s getting to know airports or getting used to new lighting. One example was when I realised he hated going to the vet, and some of the places we went to either looked or smelled similar to the vets practice. I then realised that it had similar lighting or floors so I had to reassure him to make sure he knew we weren’t at the vet.

Tommy is a big dog, which means that his lifespan is not as long as it is for smaller dogs, and since training can take up to two years, I have had to start thinking about his retirement. He is turning seven this year and I think it’s only fair he retires next year so he can enjoy being a normal dog. So, I have been training with another service dog for almost a year now, and he is doing great. He has met Tommy and they got along fine. He is also a Great Dane but is even bigger than Tommy!

What are your hopes for Parkinson’s treatments regarding the help service dogs bring?

There are more service dogs out there already but I would love to see anyone who is dealing with the horror of being stuck inside – whether it’s because they are afraid of their movements or because of the stigma – consider a service dog. Having one makes everything more approachable. If people look at you, it’s not because you’re walking funny but because they’re looking at your dog. It becomes a friendlier way to go about your illness: it builds a bridge with other people.

Service dogs are also great for socialising, but there are a few issues with the regulations out there. No business wants to be in the news for having turned away a veteran with their service dogs, but there are a lot of rules that businesses are not following properly. The Americans with Disabilities Act (ADA) actually regulates two main questions that should be asked: is this a service dog? And is it for your own disability? But a lot of businesses forget to ask the second question, allowing a lot of fraudulent service dogs into places where un-professionally trained dogs shouldn’t be allowed, putting our dogs at risk.

People don’t get it sometimes. They look at me and see that I am not an old person, so they don’t understand why I have Parkinson’s. I also live in a military base, so I think a lot of people think that I am a veteran. I don’t blame the public for making the mistake of relating it to an old person’s disease – even my neurologist said I wasn’t old enough to have Parkinson’s. 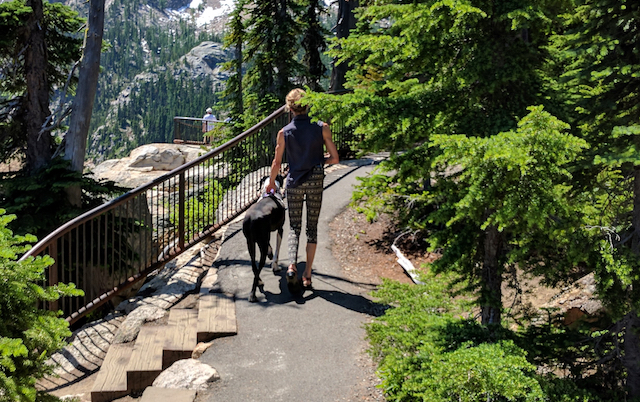 Renee and Tommy enjoying a walk

You’ve recently released a book – ‘Travels with Tommy: Stories of Life with a Service Dog’ – about your journey. What motivated you to share your story?

I’ve kept a blog ever since I was matched up with Tommy, and I thought that it would be a good idea to put it all in a book to show the world how amazing he is. People always stop me in the street to talk about Tommy and even though most of the people are very friendly, Tommy is working and he shouldn’t be distracted.

So, part of the reason I wrote this book was so that people would understand that he is not just a dog, he is my partner. I always describe our relationship as a partnership, which is why I divided the book into sections such as communication and respect. We are like an old couple now, he knows exactly what I need and I know exactly what he needs, and I think it’s important people understand that.

What are the biggest challenges of living and depending on a service dog?

The advantages and disadvantages are probably very similar – he isn’t a cane or a walking stick, you can’t just leave him in the corner so he requires a lot of time, attention and care. I also worry a lot about Tommy. I would be heartbroken if something happened to him such as a bad encounter with another dog, or if he were to get ill.

Would you recommend a service dog to anyone dealing with Parkinson’s?

I think if a dog can help the person get out more, then absolutely. Whether it’s a balance dog like Tommy, or a task-oriented one. Task-oriented dogs are smaller but can do amazing things to help with everyday mobility such as opening doors, pushing buttons and getting medications. But people have to be aware that dogs require a lot of time and care, so if you’re more of a cat person I wouldn’t recommend it. Breeds are also very important, the dog has to have no aggression at all . It’s in the ADA regulations that service dogs are not there for protection, they can’t have an aggressive bone in their body.

To avoid any fraudulent services, I would highly recommend the Assistance Dogs International (ADI) – they don’t train themselves but they oversee the process. They are an accepted organisation worldwide. And if you are based in the US, I would recommend the Service Dog Society. They post very interesting articles and answer any questions people might have on service dogs.

Have there been any advancements in service dog research since we last spoke to you in 2015?

I think the biggest issue I’ve seen recently is the increase in fraudulent dog services in the US – it’s gotten ridiculous here. I think people are just trying to take their pets with them everywhere, even on aeroplanes! My husband flies more than I do and he has seen dogs running up and down the aisle, which is so dangerous. One of the biggest compliments I get is when I am on a plane and people say “I didn’t even know there was a dog here”, which is how it should be. To fake the dog’s service is putting people like me at risk, and making it even more difficult for us to take our dogs with us.

People don’t realise how much training there is behind the dogs, and lying can not only be harmful to others, but also to our dogs. It could destroy US $50,000 worth of training. 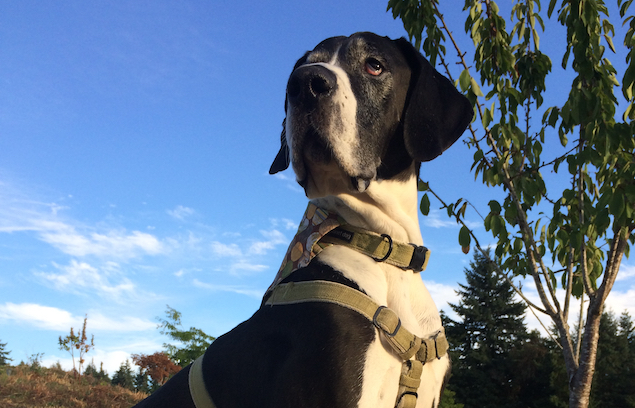 Read more: Paws for Parkinson’s the perks and quirks of service dogs

An update on the Parkinson’s 100 Challenge: Dom’s Duathlon

After bouncing back from injury, we hear from one proud challenger