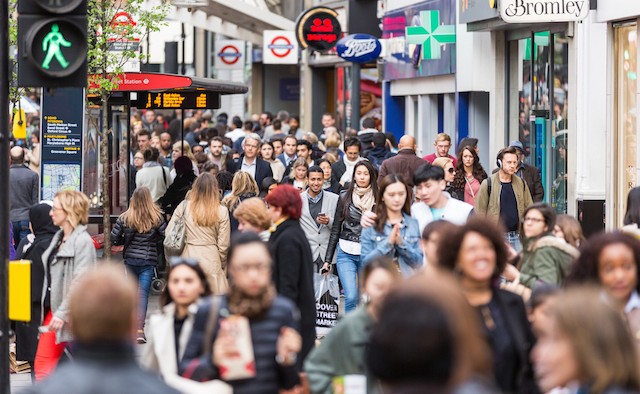 The number of people diagnosed with Parkinson’s in the UK will increase by approximately 18% by 2025, according to a new report published by Parkinson’s UK.

The report, ‘The incidence and prevalence of Parkinson’s in the UK’, also predicts that by 2065 the number of Parkinson’s cases will have almost doubled.

In the last five years, the condition is thought to have affected at least 145,000 people, an increase of 18,000 Parkinson’s cases.

As life expectancy increases and the UK population ages, the prevalence of the condition is expected to grow. About one in 30 people in the UK can expect to develop the condition in their lifetime.

The report also shows that Parkinson’s is about 40% more common in men than in women, and predominantly sets in after the age of 60. For men aged 50-89, prevalence is 1.5 times higher than for women in the same age group.

In addition, post-mortem examinations have shown that 7% of older people have signs of the disease when they die, suggesting that it may be present for years without people knowing.

The estimates were derived from an analysis of records from over 2.5 million patients above the age of 20 from the Clinical Practice Research Datalink (CPRD) database.

The report included a note on their methodology: “Following advice from clinical experts, we estimated the number of patients with a definite diagnosis of Parkinson’s in their records and adjusted these in terms of age and gender to ensure they were representative of the UK population. Using projected population figures from the Office of National Statistics, we then estimated prevalence and incidence for 2018 and potential growth up to 2025 and beyond.”

David Dexter, deputy director of research, Parkinson’s UK and visiting professor of neuropharmacology at Imperial College London, UK, told The Times that the disease was a grave public health problem.

He also said that as fewer adults die prematurely, more are living to an age when Parkinson’s symptoms tend to appear, and that the ultimate goal was to develop a method for spotting Parkinson’s in its earliest stages, adding that studies in this area were under way.

This report supports the opinions of Professor Bastiaan Bloem, from Radboud University Nijmegen Medical Centre in the Netherlands, and Dr Ray Dorsey from University of Rochester Medical Center in their article, ‘The Parkinson Pandemic – A Call to Action’, which appeared in the journal JAMA Neurology in November.

As we reported in November, the three Parkinson’s experts highlighted that between 1990 and 2015, the prevalence of Parkinson’s more than doubled, with an estimated 6.9 million people worldwide living with the condition.

They also estimated that by 2040, the number of people with Parkinson’s will increase to 14.2 million as the population ages, and argued that in order to combat this growing pandemic, the medical community should pursue the same strategies that transformed HIV from an unknown and fatal illness, into a highly treatable chronic condition.

Find out about the Davis Phinney Foundation’s 2022 calendar