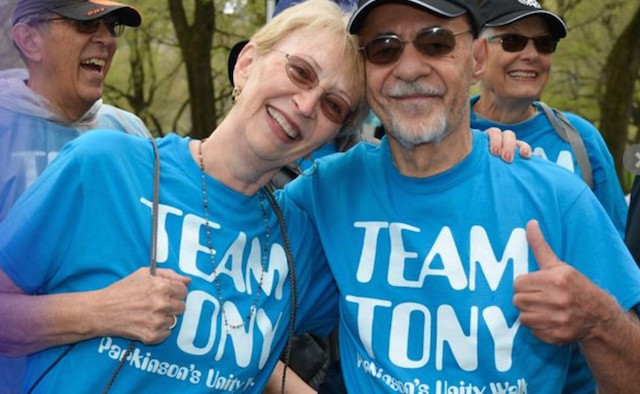 Activists in New York headed to Central Park for the 23rd Unity Walk, to raise money for Parkinson’s causes and learn more about the condition

Now in its 23rd year, the Unity Walk is the largest grassroots Parkinson’s fundraiser in the US. The event, held in New York’s Central Park, took place on 22 April and has already raised more than $1.25m for Parkinson’s research projects.

This year, Carol Walton, CEO of Unity Walk, and Muhammad Ali’s daughter May May Ali appeared on US television to promote the event.

In the televised interview with CityViews, Carol Walton said: “When you see 10,000 or 11,000 thousand people at the event, who are all in some way working to give you a better quality of life and to find a cure – it really shows that you’re not alone.” 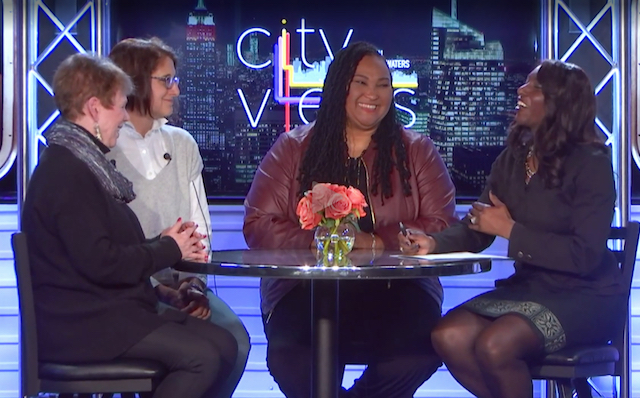 Carol Walton, CEO of Unity Walk CEO (left); Bettina Chavanne, a journalist with Parkinson’s and May May Ali

May May Ali, Marty Tuchman (PUW Chairman), and PICC's Nick Mourlam rallying behind those living with Parkinson's at #puw2017. pic.twitter.com/Jjy1yPiVNi

The team and supporters were also invited onto the Today Show where even the wet weather couldn’t dampen the enthusiasm shown by Parkinson’s advocates. 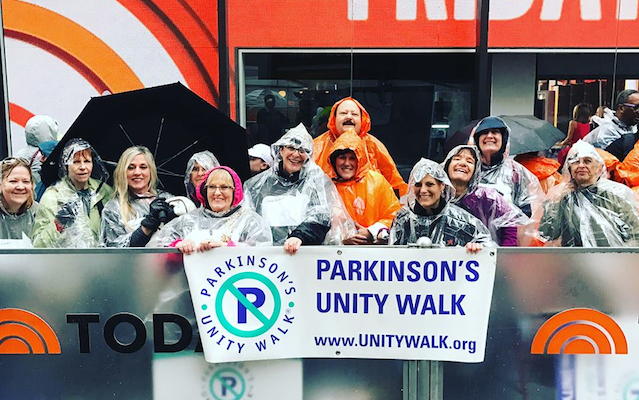 On the day, people with Parkinson’s and their families walked the 1.4-mile course – which is suitable for those with walking disabilities – and have the opportunity to speak to Parkinson’s experts; up to 50 information stands are set up each year with movement disorder specialists, neurologists, physiotherapists, all on hand to answers questions, free of charge.

Walkers of all ages took part, as seen in the group for Fresco Institute for Parkinson’s and Movement Disorders at NYU Langone Medical Center was represented by a large group of all ages.

Families, equipped with home made signs, attended the walk to show their support for loved ones.

The Parkinson’s Disease Foundation set up a special photo booth for the occasion.

We were excited to see my photo @PDFparkinson booth! This photo was taken after I ran the #NYC 1/2. My first PD charity effort! @unitywalk pic.twitter.com/LsMbJ7Eivm

What walk would be complete without giant photo frames for walkers to take memorable snaps of the day.

The organisation has now raised more than $20m to date and you can follow all the latest social media updates using the hashtag #PUW2017.

“People out there want to help”

A six-year study has found that chronic pain in people with Parkinson’s is linked to a gene involved with how the brain responds to cannabis compounds.   The investigation examined why some people with the condition experience persistent pain – and the impact it has on their work, daily life and social relationships. Conducted by researchers at Manchester’s Salford Royal Foundation Trust, UK, and funded by Parkinson’s UK, it is the largest study to investigate chronic pain in people with Parkinson’s. Dr Monty Silverdale, consultant neurologist at Greater Manchester Centre, said: “This study is significant because it shows the important role of genetics in chronic pain in Parkinson’s. “Our findings suggest that cannabis-based compounds may be worth investigating as a treatment for pain in Parkinson’s.”

Researchers at Fukuoka University, Japan, have found that playing table tennis may help alleviate motor symptoms in Parkinson’s. As part of the study, 12 people with Parkinson’s with an average age of 73 played a five-hour session of table tennis every week for a period of six months. The sessions were developed specifically for people with the condition by experienced table tennis players from the university’s department of sports science. The participants were evaluated after three months and at the end of the study. At both evaluations, participants had reduced symptoms – showing improvement in speech, handwriting, walking and hand tremors. Two participants reported side-effects of backache and falling. Study author Ken-ichi Inoue, MD, of Fukuoka University said: “While this study is small, the results are encouraging because they show ping pong, a relatively inexpensive form of therapy, may improve some symptoms of Parkinson’s disease. A much larger study is…