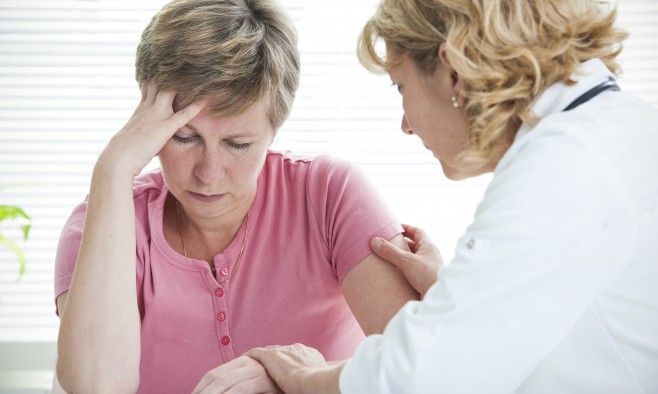 ‘Puzzled’, ‘angry’ and ‘optimistic’ are just a few of the mixed emotions Joanne Clements felt after discovering she had been living with an incorrect Parkinson’s diagnosis for nearly a decade. After sharing her personal experience, here Joanne addresses the wider implications of misdiagnoses, why they might occur and what can be done to prevent life-changing cases like her own in the future

My arrival in the world of Parkinson’s was rather sudden. Many people seem to go round in circles getting a diagnosis – early symptoms are often believed to be something routine – and sometimes other people delay seeking any medical help. I have not heard of someone else arriving in the world of Parkinson’s via the route I took – it has always been considered a unique case and initially hoped to be merely a curious form of drug-induced Parkinsonism until the ‘likely Parkinson’s’ diagnosis.

After the initial joy of having the ‘chronic’, ‘progressive’ and ‘incurable’ aspects of my condition lifted, I was puzzled that it had taken nine years to arrive at this change of diagnosis. I was later somewhat angry at having lost my income, my livelihood and my quality of life for nearly a decade, but then optimistic that, after coming off the Parkinson’s drugs, I would return to the person I was pre-diagnosis.

How did the doctors get it wrong?

Misdiagnosis may occur, perhaps, when the four fundamental symptoms – slowness of movement/bradyskinesia, resting tremor, rigidity and postural imbalance – are not revisited and their improvement is attributed to the efficacy of drug therapy. There are other non-motor secondary Parkinsonism symptoms (many caused by Parkinson’s drugs and many common to a lot of other medical conditions) that can also cloud the situation. The general age demographic of those diagnosed with the disease is one in which many other medical issues can also prevail, which makes an accurate diagnosis even more difficult.

The huge swathe of non-motor symptoms are often found in many other brain/neurological disorders. The brain is an immensely complex organ so arriving at a diagnosis of a brain disease/disorder is incredibly difficult in the absence of a test or scan of some kind.

“Sadly, the 10-minute consult doesn’t allow our doctors to practice the art and science of medicine any more”

With the NHS so strapped for cash, staff and resources, managing patients with complex diagnoses requires time that is not available. It also doesn’t help that medical issues are more compartmentalised, with GPs acting as “gatekeepers” – this presupposes that GPs themselves have ample time to review an individual patient and, sadly, the 10-minute-one-topic-only consultation doesn’t allow our doctors to practice the art as well as the science of medicine any more. 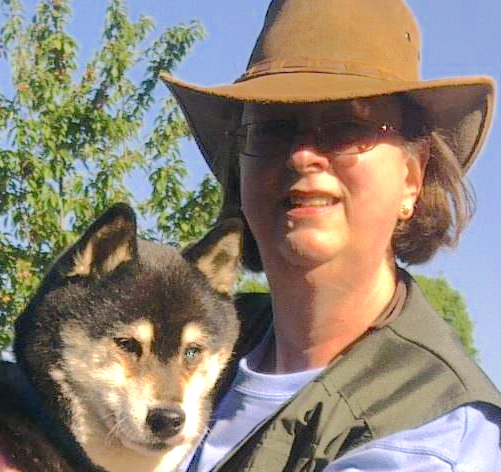 In a short hundred years or so, humanity’s knowledge of the body has made remarkable strides, but so much remains elusive, especially in neurology. As a patient with a complex set of presenting symptoms, I have to accept that not everyone will get a brain diagnosis right all the time – at least, not until there are specific, accurate, simple and cheap tests that can give a diagnosis!

I believe that a critical, life-changing diagnosis, such as Parkinson’s, should be made by a doctor. If that doctor is not a specialist neurologist, the diagnosis and treatment really needs to be confirmed by one within 12 months. As someone who was diagnosed by a specialist, I was surprised to find that many people are diagnosed by their GP without specialist intervention. If the disease could be accurately diagnosed with a definitive test, then any health professional could arrive at an accurate diagnosis, but this does not yet apply to Parkinson’s disease. Until it does, access to the specialist knowledge of a neurologist is essential.

The most important thing to hold on to is that no one will have intentionally or deliberately made a wrong diagnosis or arrived at that diagnosis lightly. It’s not like having something removed unnecessarily during an operation. The brain is the most complex of organs. We know more about the deep oceans than we do of the brain, and we’ve only explored less than 5% of the deep oceans!

What could be done to reduce the number of wrong diagnoses? A gold-standard test to ‘prove’ the occurrence of Parkinson’s would eliminate misleading diagnoses. My new neurologist did said say that, if someone showing symptoms of Parkinson’s and thus diagnosed with the disease is not then significantly disabled and incapacitated within several years of that diagnosis, then it is possible the diagnosis could be inaccurate and needs reviewing.

“We know more about the deep oceans than we do of the brain, and we’ve explored less than 5% of the oceans!”

We have to accept that misdiagnoses may occur, but if everyone is happy to revalidate the diagnosis, people whose condition is out of sync with this can be confident in asking their doctors to review the diagnosis and doctors can be prepared to revisit their diagnosis.

Being the best I can be

My health is pretty bad at the moment. In addition to a vast range of neurological problems, I have to manage complex gastro problems, as well as joint issues. Prior to the trigger anaesthetic of 2006, I was reasonably fit, pretty healthy and good to go at full speed until my late 80s, like my mother before me!

Now, at 62? I am innately optimistic and a glass-half-full personality (almost all the time) so… who knows what the future holds. I am lucky to have a brilliant GP, a wonderful ‘Gastro Dude’ and access to neuros – all of whom I believe are on-side to help me become the best I can be, from a health perspective, anyway!

Setting aside the gastro problems and joint issues, some of the neurological problems associated with movement apparently have the potential to improve. Because there appears not to be any disease process at work, the neuro diagnosis is one of dysfunction due to brain insult (in 2006) and nine years of side effects from unnecessary Parkinson’s drugs. It is therefore possible, I am told, that by working on the functional movement problems by symmetrical walking, it may be possible that the brain will ‘re-pattern’ itself into letting go of the acquired habit of actively housekeeping behaviours movements / ways of being that are normally part of the ‘lizard brain’ (instinctive) and which the average person doesn’t think twice about.

“I am innately optimistic and a glass-half-full personality”

This is a new and ground-breaking area of neurology and there appears not (yet) to be resolution of non-motor issues. But my view is… ‘Never say Never!’ It is vital to be optimistic, just as it is vital to take ownership of the situation, be mindful of all that is happening and work with all those whose role it is to help you. 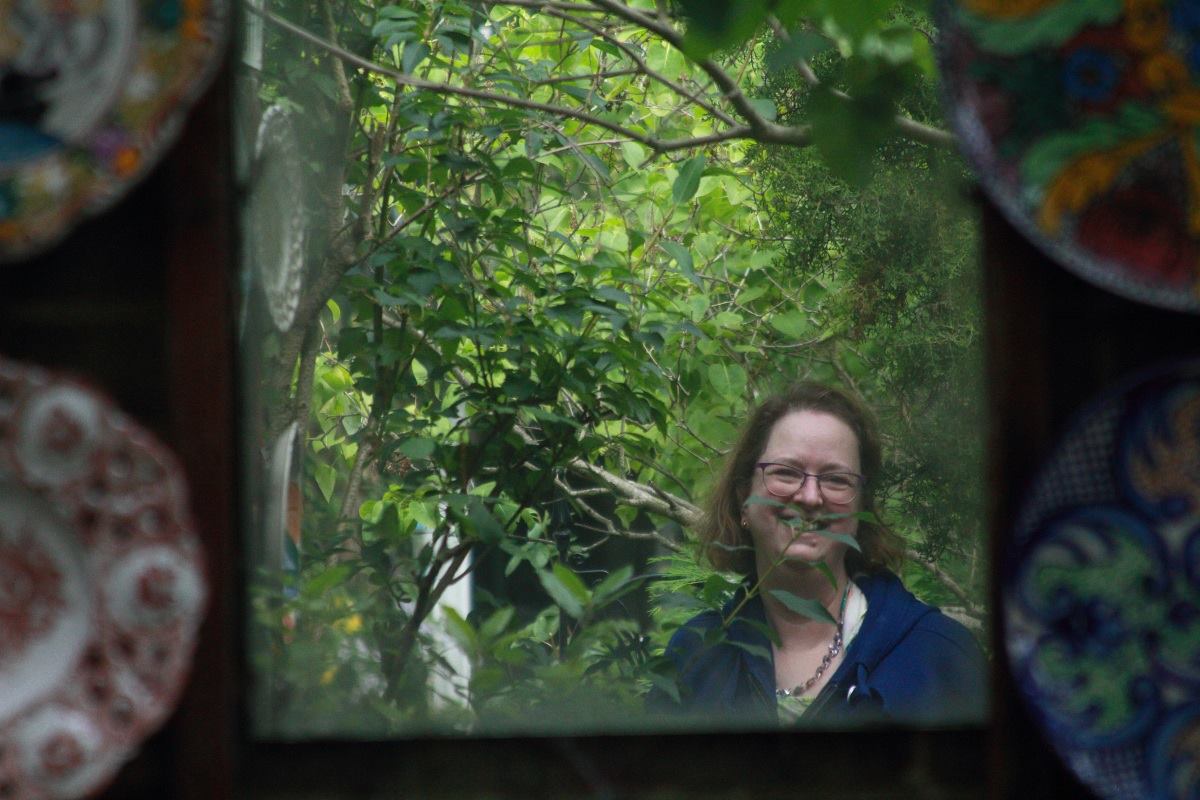 Read the first part of Joanne’s story:
Doctors thought I had Parkinson’s for nearly a decade – they were wrong