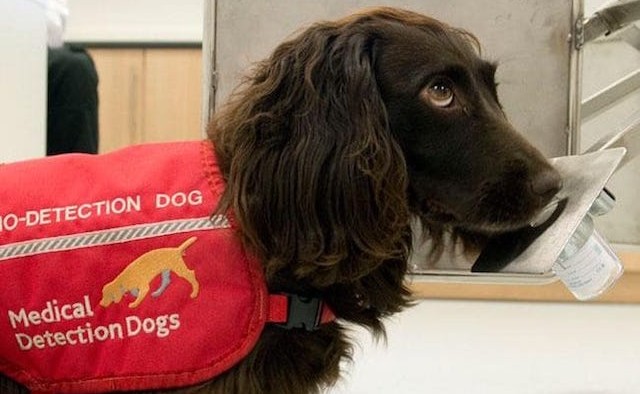 Scientists are investigating whether dogs can “sniff out” Parkinson’s disease even before an individual’s symptoms emerge.

Researchers at Manchester University began investigating the possibility of Parkinson’s having discernible odour molecules after a woman in Perth, Scotland believed she detected a subtle change in her husband’s smell six years before he was diagnosed with the condition.

The study, which is being carried out with the research charity Medical Detection Dogs, is investigating which odour molecules are linked to the condition so that dogs can be trained to spot the illness from skin swabs. Dogs have been trained in the past to detect cancer.

Claire Guest, chief executive of Medical Detection Dogs – which is also working on the study – said: “If all diseases have an odour, which we have reason to believe they do, we can use dogs to identify them. Dogs have 300 million smell receptors in their noses compared to our mere five million. They are first-rate bio-sensors and their ability to help us make important scientific advances should not be dismissed on account of their waggy tails and fluffy coats.”