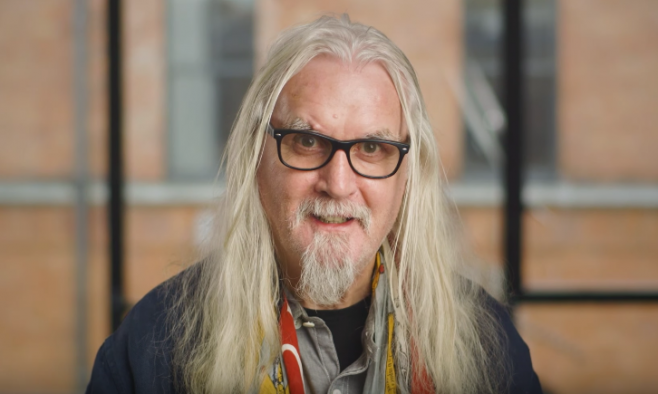 Social media users responded with an outpouring of emotion to a televised appeal by comedian Billy Connolly that opened with the words: “I’ve got cancer and Parkinson’s”.

The clip, aired on UK station BBC1 as part of Comic Relief’s #LetsSingAndDanceCampaign, features Connolly calling on viewers to donate money to help people with dementia and Alzheimer’s.

With his trademark warmth and candour, Connolly refers to himself as “the hilarious comedian with the weird beard” and calls on viewers to make a real difference to the lives of others.

“Hello, Billy Connolly here asking for your cash. Not for me obviously. I’ve got cancer and Parkinson’s and I definitely need a haircut, but no… What matters is you at home and this amazing power to change someone’s life… To give them hope and happiness,” he says.

“I really hope you’ll find it in your hearts to give a quid or two. It will be simple and marvellous and you will be so proud of yourself.”

Connolly, who has a long-standing association with Comic Relief, made quite an impression on viewers, who applauded him for the heartfelt appeal.

Seeing Billy Connolly on #LetsSingAndDanceForComicRelief made me cry. He's brilliant.

Billy Connolly is the very definition of a national treasure. #letssinganddance

Connolly, 74, was diagnosed with Parkinson’s in 2013 and has spoken extensively about living with the disease – including many references in his live shows. He has continued touring despite his health issues, and in 2015 told how he was “excited” by the challenge of performing with Parkinson’s .

Read more: Billy Connolly “Parkinson’s is the first thing I think about in the morning”