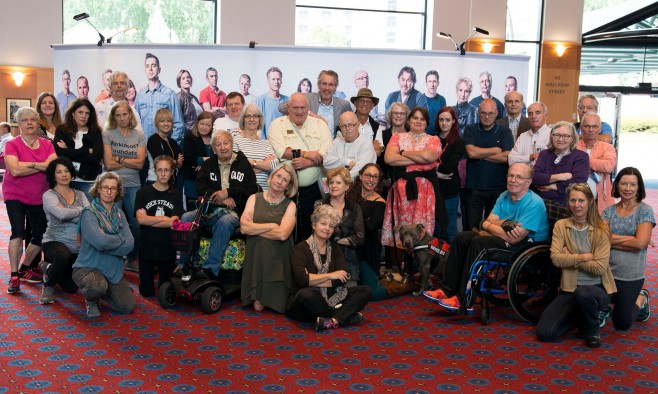 More than 4,600 people from 67 different countries came together in Portland, Oregon, for the biggest event in the Parkinson’s calendar. We round up some of the highlights

In his opening ceremony speech, Brian Grant – ex-NBA basketball star and founder of the ‘Parkinson’s Power Through Project’ – told the crowd: “For years my team had been 15 basketball players. But not any more. You guys are my team.

“The team consists of patients, caregivers, healthcare providers, scientists, and yes, all of you who are here today. As a team we are working towards a cure and who are also finding a ways to live our best lives, while we have Parkinson’s disease.

“This congress provides us with the best opportunity to learn from one another and to grow stronger together. As a person living with Parkinson’s disease I just want to thank you for being here and being a part of this community. Thanks!”

Great mini exercise break with the Parkinson Power Through Project in Exhibit Hall A! #WPC2016 pic.twitter.com/VEaWbS9LBs

Lori Campbell was crowned winner of the WPC Video Competition and her short film was screened at the opening ceremony. Through the creative use of stop-motion animation, ‘VICTORY’, Lori describes the initial reaction of having Parkinson’s disease, and how she and her family have learned to be more optimistic.

The ‘World Parkinson Congress Award for Distinguished Contribution to the Parkinson Community’ was given to three people this year; Julie Carter (US), Tom Isaacs (UK) and David Leventhal (US).

Julie Carter joined the Oregon Health & Science University (OHSU) Neurology and Movement Disorders faculty in 1979 and co-founded the Parkinson’s Center of Oregon (PCO), where she has been fully engaged as a clinician, clinical investigator, and educator.

For more than a decade, Julie served as the director of Clinical Research for the PCO. In this role she served as site principal investigator (PI) for more than a dozen clinical trials, and has published more than 75 papers in peer-reviewed journals.

"Greatest luck is doing what you love and get recognized for that." @WorldPDCongress pic.twitter.com/572AVJn7Ov

In 2002, seven years into his Parkinson’s journey, Tom undertook an incredible physical and fundraising challenge, to walk 4,500 miles around the coastline of Britain, climb the highest mountains in England, Scotland and Wales and run the London Marathon.

The walk united Tom’s interests in research and advocacy. Two years later The Cure Parkinson’s Trust came into being to fund research to slow, stop and reverse Parkinson’s, with the aim of making a difference to those living with the disease within five years. Since its creation, the Trust has raised £12 million for research.

David Leventhal is currently the program director and one of the founding teachers of Mark Morris Dance Groups (MMDG)’s Dance for PD® program, which was originally conceived by Olie Westheimer. Begun in 2001 as a small monthly class for the Brooklyn Parkinson Group, the program has expanded to include weekly classes throughout New York City, training workshops for teachers in cities around the US and worldwide, and a network of affiliated classes in more than 100 cities in 16 different countries.

Congrats to friend David Leventhal for receiving the Award for Distinguished Contribution to the PD Community! @danceforpd @WorldPDCongress pic.twitter.com/AseQ4yVxuf

4. Inspirational speakers take to the stage

Tim Hague Sr, winner of ‘The Amazing Race Canada’ encouraged people with Parkinson’s to “Stay in the race; don’t give up”.

"Stay in the race; don't ever give up!" #Livingwell w/#Parkinsons presentation frm @TimHagueSr #WPC2016 in #pdx pic.twitter.com/rHWBFQmP40

My #shakysketchnotes from Day 4 of #WPC2016 including a bra, a nasa scientist & Gatorade #parkinsons #design #sketchnotes @WorldPDCongress pic.twitter.com/EPbF8BWyj8

5. ‘This is Parkinson’s’ wows the crowds

Norwegian photographer Anders Leines ­– who lives with Parkinson’s – exhibited his photo series ‘This is Parkinson’s’. His photos were blown up, printed on fabric and displayed on a large curved framework that mimicked the curved architecture of the room. On the reverse side were individual photos with text about the images. 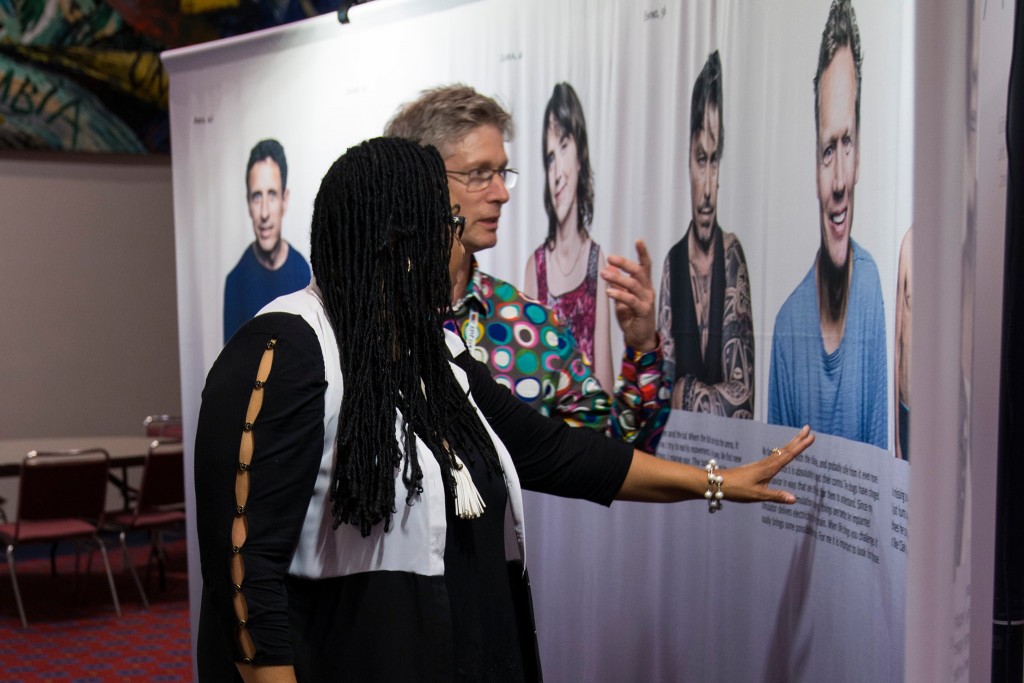 The 5th World Parkinson Congress will take place from 2-7 June 2019 in Kyoto, Japan

The therapy has been acquired by pharmaceutical company STADA